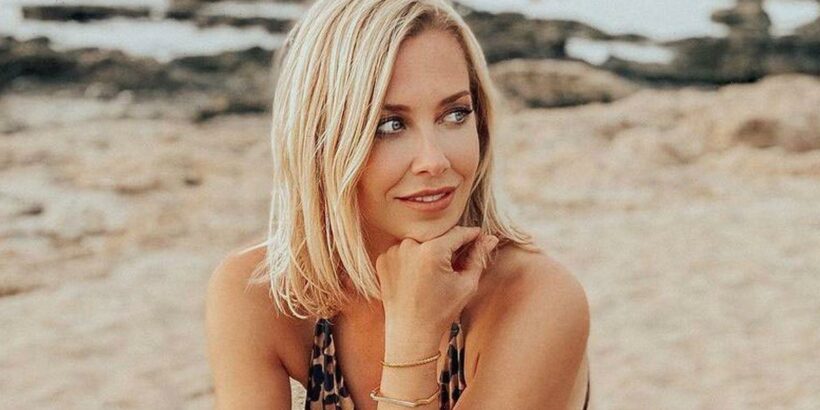 A Place In The Sun's Laura Hamilton looks to be in the best shape ever after utilising the lockdown period to focus on health and wellbeing.

Laura, who is a self-confessed fitness fanatic, can often be spotted on Instagram getting hot and sweaty while conducting regular workouts for her adoring fanbase.

Having just turned 39, the busy mum-of-two is proving that age is just a number as she continues to wow and inspire others to follow in her active footsteps.

In recent times, Laura has shared a number of jaw dropping snaps showing off her new "muscular" frame and "athletic" bikini body.

But the big question is… what are her secrets?

Speaking to Daily Star exclusively, Laura explained that she would like to banish the word "diet" and would rather encourage others to use better language, such as "lifestyle change" instead.

Detailing her thoughts, she said: "It's so important not to say you're on a diet, especially with kids around.

"Diet is just a bad word. It should be an eating plan or a lifestyle that you're hoping to follow."

The television presenter did admit that her shape had changed over the last year due to her hard work and sheer determination.

However, Laura remained defiant that she hadn't lost any additional weight when it came to the scales.

"I wouldn't say I've had weight loss but I would say my body has changed over the last year.

"I've probably become a bit more athletic and muscular because of the workouts I've been doing," she explained.

The former Dancing On Ice finalist did however have one top tip for maintaining her killer bikini body while creating an ideal dinner time setting for her brood too.

Dishing the dirt, she added: "I now try to eat with my children during the week and that tends to be around five o'clock in the afternoon."

With her last meal taking place early evening, Laura revealed she wouldn't consume any other food thereafter until the next morning.

Talking about supper time with son Rocco, seven, and daughter Tahlia, five, Laura went on: "If I don't eat with them, then I find that I'm not eating until eight or nine at night and that's too late and it makes you feel heavy.

"So I try to eat with the children and not to pick at their leftovers."

The entire Hamilton clan will often devour a healthy dinner together, with one of Tahlia's favourites being the Spanish delicacy paella.

Additionally, Laura also follows a Keto plan and uses Lifesum as her go to app for inspiration when it comes to prepping meals that contain less carbohydrates and sugar.

She added: "You can workout as much as you like but if you don't follow the right plan when it comes to what you eat then there's sort of no point.

Along with food, Laura also likes to ensure balance is maintained when it comes to alcohol.

While Laura has never been "a big drinker" and did complete dry January this year, she will not completely deprive herself from the odd tipple with pals.

Last week, to mark her special occasion she did treat herself to some delightful birthday cocktails.