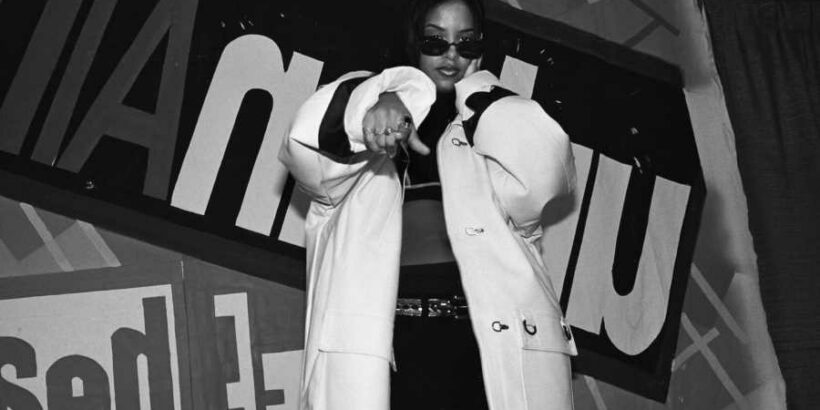 For the first time in nearly a decade, a new posthumous Aaliyah track has arrived, with Blackground Records 2.0/Empire releasing “Poison,” featuring the Weeknd.

The tender R&B ballad features Aaliyah and the Weeknd’s vocals drifting over atmospheric production, with synths that waver and percussion that lands with a sharp hit before dissolving slowly into the soundscape. “Now, it’s too late for both of us,” Aaliyah sings in her falsetto, “No regrets of what we’ve lost and what we’ve shared/Maybe tomorrow we’ll love again/Or until then we’ll stay as friends, oh, one day.”

“I’m so excited to share this new song by Aaliyah and the very talented the Weeknd,” said Background Records founder, Barry Hankerson. “I wanted her adoring fans to get a special gift before the holidays and felt it was the perfect time to release a never-before-heard offering.”

FKA Twigs, the Weeknd Try to Dance the Love Away on New Song 'Tears in the Club'

The 30 Sexiest Music Videos of All Time

The last time an Aaliyah track was released was 2012 when Drake and Noah “40” Shebib helped complete the posthumous cut, “Enough Said.” “Poison” arrives at the end of a year that finally saw Aaliyah’s catalog arrive on streaming services for the first time. A posthumous Aaliyah album is also reportedly in the works, Hankerson told Billboard in August, which will feature Drake, the Weeknd, Future, Chris Brown, Snoop Dogg, and production work from Timbaland.

The long-awaited streaming release of Aaliyah’s music, however, did not happen without tension between the late singer’s family/estate and Blackground Records. When the streaming service news was first announced, Aaliyah’s estate shared a statement criticizing the “unscrupulous endeavor to release Aaliyah’s music without any transparency or full accounting.” A lawyer for the estate added, “For almost 20 years, Blackground has failed to account to the Estate with any regularity in accordance with her recording contracts. In addition, the Estate was not made aware of the impending release of the catalog until after the deal was complete and plans were in place.”