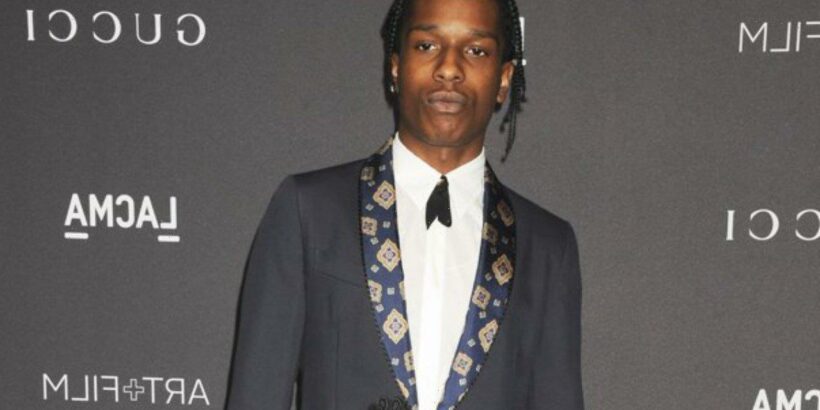 The A$AP Mob member, who recently welcomed a baby boy with Rihanna, also weighs in on rumors that his follow-up to his 2018 album ‘Testing’ is called ‘All Smiles’.

AceShowbiz –A$AP Rocky has shared his effort behind his upcoming album. In a new interview, the A$AP Mob member admits that he “pushed myself to the limit” on the follow-up to 2018’s “Testing”.

The hip-hop superstar, who recently welcomed his first child, a son, with Rihanna, squashed rumors that his new album is called “All Smiles”, before delving into what fans can expect from his “more polished” tunes. In an interview with Dazed magazine, he spilled, “One thing I can tell you is that the name isn’t gonna be ‘All Smiles’. You know, I never publicly said that my album was called ‘All Smiles’. That one is more of a concept project, it’s music and more.”

“I’m wrapping up the new album now; I’ve been shooting so many visuals for it. I don’t want to be cliche or sound like a salesman, but I’ve pushed myself to the limit on everything,” A$AP added. “Going from that industrial, subversive sound from ‘Testing’ and then graduating with a more polished sound … I just like where it is.”

In the wide-ranging chat, the “Everyday” rapper also spoke about parenthood and his hopes and dreams for his offspring. The music star said, “I will always remind my children to never lose their imagination, even as adults, no matter what.”

A$AP told the publication he wants to raise “open-minded children” and “not people who discriminate.” The 33-year-old rapper added. “And I’m not trying to describe a saint, but realistically, I just want a cool child with cool parents.”

A$AP is massively into his cartoons and will happily sit and watch TV with his kid, adding, “I actually love to watch cartoons. I’ve watched like, ‘Teletubbies’, ‘Blue’s Clues’, ‘Yo Gabba Gabba’, ‘Peppa Pig’ and ‘Baby Shark’.”

A$AP released the single “D.M.B.” earlier this month, along with a music video featuring Rihanna. The pair get married and share a kiss in the promo.