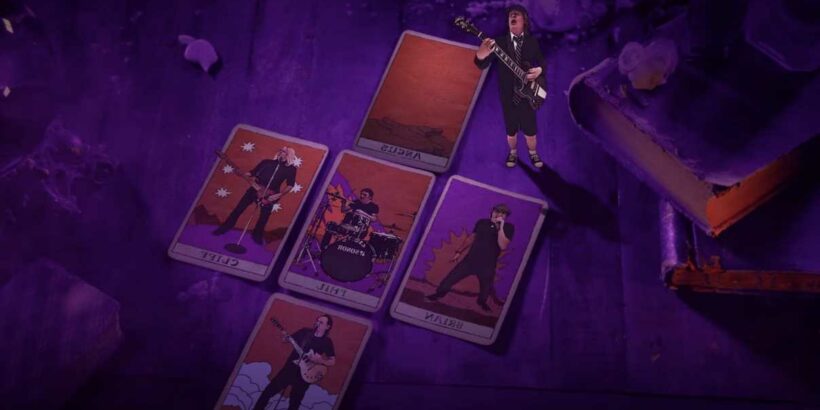 AC/DC have brewed up their new video for “Witch’s Spell,” the latest visual off the rock legends’ 2020 LP Power Up.

Like the album’s previous videos, “Witch’s Spell” combines footage of AC/DC in action alongside animation by Wolf & Crow; in this case, the band get their own cartoon tarot cards and deliver the Power Up track from a smoky room that conjures up witches’ cauldrons.

The “Witch’s Spell” video arrives just days before AC/DC will release a special 12-inch picture disc dedicated to the track and Power Up’s “Through the Mists of Time” as part of this weekend’s Record Store Day drop.

AC/DC previously dropped videos for “Realize,” “Demon Fire,” and “Shot in the Dark” from Power Up, which opened at Number One on the RS Albums Chart upon its release in November 2020.