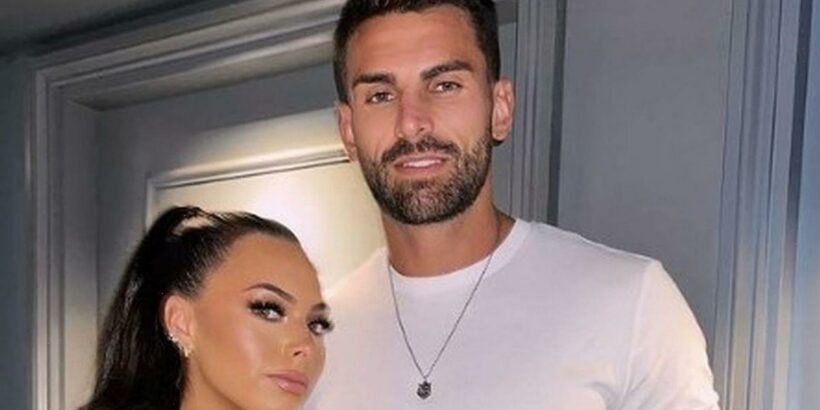 Love Island's Adam Collard was reportedly targeted by thugs who ripped his shirt as he attempted to enjoy a night out with girlfriend Paige Thorne.

The ITV television stars were out in Newcastle enjoying a "quiet drink" when it was understood that a group of men had spotted and approached them.

It is believed that the group of lads seemed to become "aggressive" towards the TV personality as they began to shred his top from his body.

An eye-witness explained that bouncers and a pal of Adam's were quick on the scene to break up any tension and impending friction.

Speaking to The Sun, the source said: "It happened shortly after midnight. Adam and Paige were just on a night, it wasn't an official appearance or anything.

"Then people started to rip his top off and it all kicked off.

"It's no surprise he wanted to defend himself and was obviously looking out for Paige as well. They were just out for a drink together with friends and they didn't need that hassle." The onlooker went on to explain that the door staff "calmed down" the situation as the two Love Island stars exited the scene.

A representative for Adam also backed-up the version of events that were relayed by the eye-witness at the bar in Newcastle.

The spokesperson said that the men began "aggressively harassing" Adam and his friends as he attempted to enjoy a "quiet" night out in Newcastle.

Adam reportedly attempted to "diffuse" the situation on various occasions, but the men only became more aggressive and "started physically attacking" Adam, who was "extremely shaken up" by what happened. His representative said that the group decided it would be best to leave, and were "escorted outside" by the venue's security team.

They confirmed that no further action has been taken.

Meanwhile, last week, Paige and Adam shot down any break-up speculation as they confirmed they were now officially an item despite rumours.

Speaking about the moment, Adam said: "The only time where we got to sit on the sofa. It was only us for the first time.

"I was like, 'right, I need to ask you now because it's not for anyone's benefit, apart from mine and yours. I do really want you to be my girlfriend.'"

In a discussion with On Demand Entertainment, the personal trainer added: "I didn’t even ask her actually, I just told her. I just said, 'Right, so this is a thing now, please.'"

Paige laughed as she added: "You just told me."