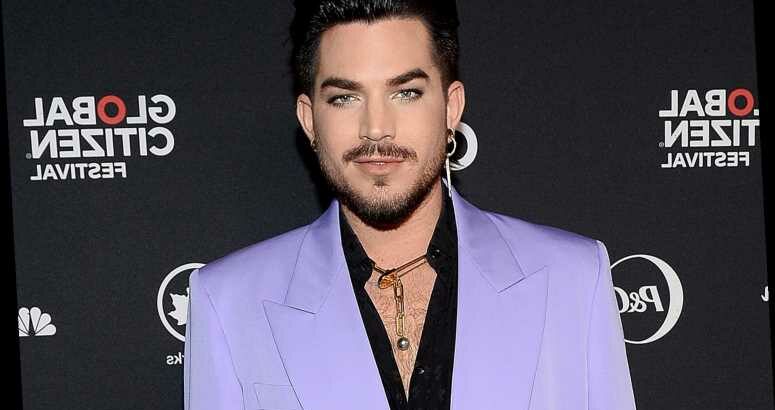 Adam Lambert is proud of the strides the entertainment industry has made in relation to LGBTQ artists over the years.

While appearing virtually as a guest on The Kelly Clarkson Show Tuesday, the 38-year-old musician spoke candidly with host Kelly Clarkson, saying he was thankful that the industry has made "so much progress" since he appeared on American Idol in 2009.

Detailing that "it's a big change," Lambert said, "I remember coming off of Idol and going into the mainstream music industry, label system, and them just — even if they were excited themselves, there was a lot of question marks. There was a lot of fear like, 'Is this gonna sell? Is this gonna work?'"

"And, as you know, that's the name of the game for the commercial music business. It's a business," Lambert said as Clarkson, 38 — who also rose to stardom on American Idol after becoming the show's first winner — agreed. "It was a bit of a struggle to kind of hold my ground and keep focused on my part of the deal, which is being the artist and the musician, being the guy that wears those weird shoes."

He continued: "It was a lot of ups and downs, but I'm really thankful for my experience. And I think that the world has changed. I think we're in a place now — within the music industry, within the entertainment industry and in the world — where yes, there's still discrimination, there's still problems, there's still work to be done, but there has been so much progress made." Lambert, whose career quickly took off after Idol over a decade ago, said in a more recent interview that instant notoriety was bittersweet.

"I was really overwhelmed in the very beginning. American Idol was so fast," Lambert said in a candid chat for Billboard's Pride roundtable discussion with Big Freedia, Tegan Quin, ILoveMakonnen and Hayley Kiyoko.

"All of a sudden I was on magazine covers," he recalled. "I was dealing with the personal adjustment I had to make, and then on top of it, there was all this energy behind being the gay guy doing it."

Lambert added, "I knew I was comfortable saying, 'Yes, I'm gay.' But educating the masses? I didn't get into this business to be an educator. I just wanted to wear glitter and sing."

Lambert previously opened up about his sexuality in his 2009 Rolling Stone cover story, in which he confirmed he is gay.

"I'm trying to be a singer, not a civil rights leader," he told the outlet at the time. "I don't think it should be a surprise for anyone to hear that I'm gay. I've been living in Los Angeles for eight years as a gay man. I embrace it. It's just another part of me."

In a 2019 interview with Variety, Lambert spoke about being an openly gay artist all those years later versus when he first came into the public eye — describing the experience as "a totally different landscape."

"There is much more visibility so it doesn't feel like a foreign or scary concept," the singer said. "When I first came on the scene almost everybody that I encountered in the music business was very supportive of me personally, but they were all a bit nervous about how it could work publicly."

"Now it's been proven that there is a market and an audience," he added. "It's allowing a lot more diversity to be pushed through."