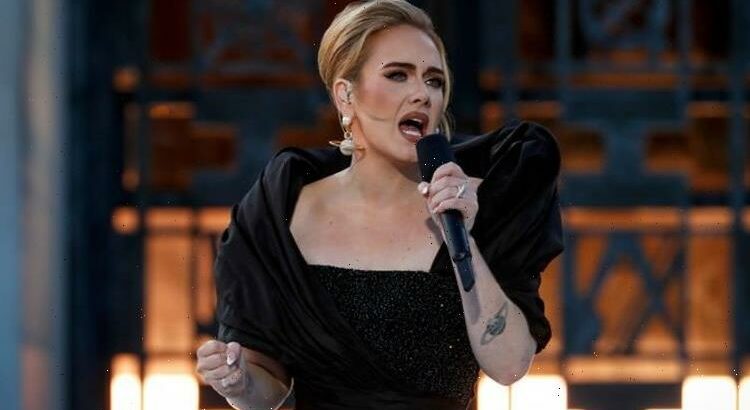 An Audience With Adele: Emma Thompson dances in crowd

This week Adele announced her new residency slot in Las Vegas, USA. The star’s return to the spotlight follows her fifth studio album, 30, which tells of her break up and divorce from Simon Konecki. Despite all this, she still has time to offer some much-needed advice to a fellow singer, Lizzo.

Her mainstream success has only really cropped up in the past few years, so she is still looking for guidance where she can get it.

And who better to get advice from than Adele, the winner of over 86 awards and well over 150 award nominations?

Lizzo revealed: “I met her at a birthday party or a Grammy party – I can’t remember where because I was drunk at both. She’s been through similar things that I have, and she’s given me really good advice.” (via PEOPLE)

Lizzo explained that both she and Adele have “very similar personalities”. She went on: “We just connected in that way. We’re both supreme divas. We know our worth – and we’re also both Tauruses!” On top of being Tauruses, the two singers are also the same age. In fact, they were born just days apart. Lizzo’s birthday is April 27, 1988, while Adele’s is May 5, 1988. The Juice singer also spoke about being invited to Adele’s One Night Only performance in LA that she held last month.

Lizzo promotes body positivity with a message for her fans

Lizzo revealed: “She extended an invitation, which was incredible – she put my a*s in the front row, which was even more incredible!

“It was so crazy; I was turned up. I said: ‘Adele’s singing like she in the church – she is doing some sanging right now. I need to give her that energy that she deserves.’ So, I was living, and we had a lot of fun.”

The 33-year-old was then keen to namedrop a few of the celebs she was sitting near during the musical event.

Lizzo revealed she saw the likes of Drake there, as well as Donald Glover, Oprah, Tyler Perry and Melissa McCarthy.

Later in the month Adele held a similar event in the UK for ITV, titled An Evening With…

During the performance, British Hollywood royalty Emma Thompson asked the star a question about her past.

What followed was a touching glimpse into Adele’s childhood.

Thompson asked if Adele had any positive role models as a child, to which she revealed one of her biggest influences was her English teacher.

With a smirk, Thompson then unveiled Adele’s teacher, Miss McDonald, was in the audience.

As she arrived on the stage Miss McDonald told the Oscar-winning singer: “You’re amazing darling, I am so proud of you.”