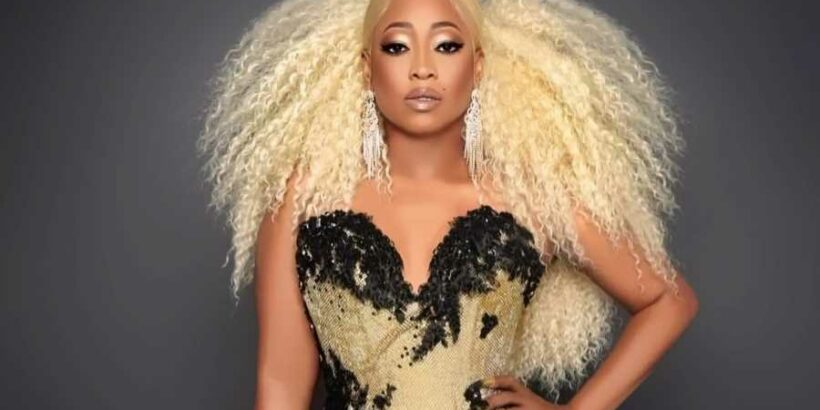 The last we’d heard from Trina before she nearly broke the Internet in her recent Verzuz battle with Eve was two years ago.  “BAPS,” a potent collaboration with Nicki Minaj, found the legendary MC more than holding her own alongside a younger icon. She also put a few prominent dudes on blast, all while proving that after a nearly decade-long hiatus she was still comfortably in her zone. Trina is still out here giving zero fucks, crafting jaw-dropping lines that keep everyone’s socials buzzing, the same way she had the streets talking when she burst on the scene in the late Nineties.

Trina’s brazen nastiness marks her as a true archetype of her native Miami. In the phallic-shaped state that brought us 2 Live Crew and the booty bass genre, Trina looms like a high-price verbal dominatrix. She makes music for women who keep as many condoms in their Chanel bags as boosted credit cards. The hook to whatever hit she might have on the charts at any given moment is surely something you heard somewhere in the parking lot outside the club after hours — when everyone’s smacked and looking for the closest Waffle House and the quickest conquest. Trina’s whole worldview seems to signify palm trees and p-popping: in place of a hermeneutics, she’s supplied an erotics of art which has influenced everyone from City Girls to Cardi B to Meg Thee Stallion.

Her new single, “Receipt” is a masterclass in manipulation (of mens’ egos, their pockets, the rap game entire) and Trina could write a textbook on talking cash shit. She gleefully spews salvos at scrubs while proving that her punchlines are as sharp ever. When she boasts that her “money comes in blue, green, all types of complexions,” it’s a smart way of saying that her funds are as deeply rooted as a whole ancestry. There’s an edge and urgency to her voice that suggests she’s been taking note during her downtime of how many new artists have borrowed from her. Now she’s here to set the record straight on who originated this salacious high-level boss-chick talk. Over the phone from her home in Miami, Trina came across as gracious and slightly amused at all her accomplishments. We talked about her inventing the scammer rap genre, the idiosyncrasies of Miami’s water reservoirs, and how her homegirls helped her write her first hit song.

What, in your opinion, was most exciting to you about this Verzuz with Eve?
I think for me, the most exciting part was, it was just, like actually celebrating music and songs that maybe the newer generation of people or even the generation that came up with me haven’t heard in a while. You know, we’ve been, even before the pandemic, just you know — it’s been 20 years. So a lot of times you don’t get to hear any of them on the radio. You don’t really see them, and you probably forgot about ‘em. ​I think just going back to all, just back to those years, me and Eve came up at the same. So, just to kind of bring that. You know, refresh the fans and the newcomers and everybody else. Like, hey, you know, we got heavy hitters. And let’s just do it.

How did it feel to touch that stage again, especially after this year where we’ve all been cooped up inside?
Oh, man, I was terrified. I was so nervous (laughs) when I first got there. Like, (laughs) when I first got to the rehearsal, let’s just say that it was — I wasn’t expecting it. You know, I haven’t been to this particular spot … this club where we did my Verzuz at was where we actually shot the “Nann” video. ​So for me, it was like, you know, we’ve been on a pandemic this whole year it’s been closed down, this is the first time. I didn’t expect it to be like, remodeled and look so refreshed like that. I was really in awe. ​And then when I got there, I was like seeing all the big screens and stuff. I was like, “Oh, whoa, whoa, whoa.” This is not like, you know when you first saw Verzuz, and everybody was sitting down in the sofa, or their little chair side by side, and just playing the music. They was like, “Oh you performing.” I was like, “What?” They was like “Yes it’s like standing up performance.” ​I was thinking about my heels, my feet, everything. I was like, okay. So, I was a little nervous.

When I first heard about you — this was about 21 years ago — you know the word on the street at that time was there’s this chick out of Miami, and she’s spitting the nastiest shit you ever heard in your life. What kind of bag, or mental state were you in back then?
When I first did the “Nann” record (laughs) with [Trick Daddy], I was real young. It was fun for me. Trick was somebody I just knew. And it came out as, Hey I want you to do—no, it wasn’t “I want you to do a record,” ‘cause I wasn’t doing music. It was, “I just want you to, like, talk shit on my record. Like, I just want you to curse me out. And I’m gonna say some stuff for the guys; you just gotta hold down for the girls.” He came out as soon as I got [to the studio]. They were playing on the loudspeaker his verse. So as I’m walking in I’m like “I hope he gonna tell me what he wants me to do, because this is nasty.” So I had my girls in there, and they was like, “man come on.” They was just boosting me, helping me out: “Talk that, say this.” So I was like, “You think I should say that?” “No, that’s too nasty.” ​And so it was just kind of like… It was like a young ridiculous (laugh) funny thing. ​It wasn’t until I went to perform. I was terrified, because I’m like this is my first time ever hitting the stage. And I didn’t say a word. I just had my eyes closed, and I just heard these women, these girls screaming to the top of their lungs, saying this record word for word. And I was like “Oh, it’s some nasty girls like me.” ​And I was like I… This is what I’m gonna do. I’m gonna—I got on a roll. I got in, in the studio, and I just got ready to start recording for my album. It wasn’t called Da Baddest Bitch at that time. We was just recording records. And I just took from that record, and that moment on stage presence to be creative, and turn in my album.

It’s a classic to this day. On the cover, you’re pictured riding a dude who you’re resuscitating. All of that raised eyebrows at the time.
I’m just trying to put a perspective, and see, and watch, and that’s how I created my album. Um, when I got ready “Da Baddest Bitch” song was the last song on my album that was done. And that song was just really about it. Probably like being that bossed up girl. ​Like it doesn’t matter if you was a dancer, or a bartender, or nail tech, or a hair dresser, a bank teller, or a teacher. Whatever it is, boss up, get in your bag, and, and run it up. Run it up in my terms at the time of our language meant just like, like, like get on your grind, stay on grind. Don’t let nothing intervene with that. And that’s just the way it was.

You must feel proud today when you look at artists like Meg Thee Stallion, Young Miami, and JT. You know they clearly carry on that tradition of being as openly explicit, but like you said not just the openly explicit, but just the many different layers of what it means to be a boss.
You know what, it’s a beautiful feeling. It inspires me. It keeps me pushing. Because these young girls have taken something from me, some type of inspiration of small sort, and have taken that, and felt that. That they could be secure. They could do what they want to do.

I was listening to just a random song the other day, “The Big Lick.” On that song, you rap about setting dudes up, and I’m like did, “Did Trina low-key invent scammer rap?”
​(laughs) Well you know what, that song — let me explain that to you. I’m from Miami. Everybody knows how the girls in Miami is fly. Everybody got they city, so you know the dudes be doing they thing, whatever. I’m not setting nobody up, but that’s a part of what happens in the city. But it was more of the theatrics of this is the city, you just gotta paint your creation of how raw Miami is. The guys like… The guys are gonna love it, because they want to see [you], but they don’t really want to say the lyrics you’re saying, ’cause it’s girls. . . So let’s go hard for the guys, and give em that vibe, and that’s how that came about.

I just gotta ask. What the hell is in the water in Miami to make nasty lyrics such a focus?
(Laughs) This the city of where Luke is from. We come from the Sunshine State. Like this is where we from. You know we come from a city where it’s open. It’s a party city. Miami is one of the cities you could party all night to the next day. So it’s one of them cities that is about the lifestyle, the street, the clubs, the scams, the drugs, the strippers. So it’s all about, it’s all…it’s sensual. It’s a beautiful place. It’s multicultural. They’re different races, different cultures, people—mixed, Caribbean. Uh, all, Caribbean vibes from whether you are Guyanese, Bahamian, Jamaican, Haitian. All those vibes together bring on a sexy aura. ​This is the city of sexiness, so that’s what you get from it.

The new single “Receipts” is one of your better ones in while. I mean, the tempo, the cadence, the intensity in the flow—everything sounds super focused. What makes you so hungry at this point in your career?
“Receipts” was meaning, I’m going in. I’m gonna invest in everything that I want, and that is more to myself, and my business, to make it be exactly what I want. I’m gonna have fun. I’m gonna talk my shit. I’m gonna feel how I feel. it’s just a different feeling. It’s a new vibe. We in the summertime. I’m fresh with it. I’m not in… The only person I’m in competition with is myself. That’s to be a better, and bigger me every single day. That’s it. That’s the only focus I have in my mind.