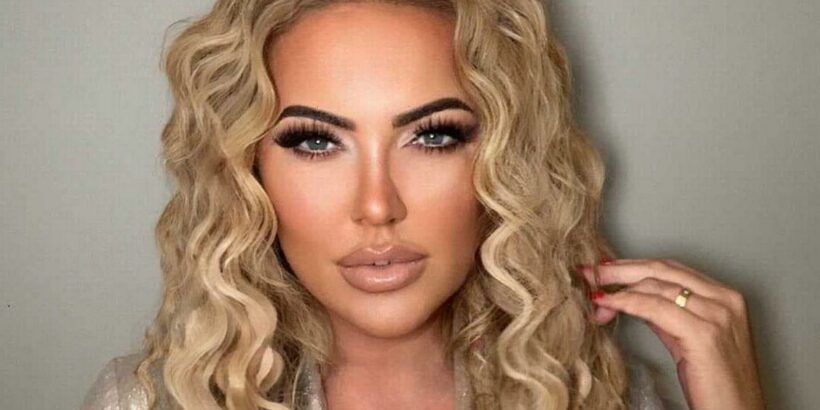 Aisleyne Horgan Wallace has been rushed to hospital after a high-speed go-kart crash where she landed on her head.

The Big Brother star, 43, lost control of her go-kart and was thrown from the fast-moving buggy.

Pictures from The Sun show Aisleyne being stretchered into the back of an ambulance in a neck brace.

The reality star appeared to look bruised in the shocking snaps after the buggy crash.

One source claimed they were worried Aisleyne could be left paralysed by the accident after she seemed unable to move.

The insider said: "Aisleyne crashed into a wall, flew out the kart and landed on her head," they told the publication.

"She was put into a brace, stretchered into an ambulance and rushed to hospital immediately for scans. They took her straight into the resuscitation room when she arrived.

"It was really scary. Everyone thought she could be paralysed for life after seeing what happened and the state she was in."

They added that the star was lying on the floor and not able to move after landing head-first.

Paramedics reportedly attended the scene before Aisleyne was rushed to A&E where she went in for a full-body CT scan to assess her injuries.

It is believed Aisleyne was riding around with other celebs, including Carl Woods, Theo Campbell, James Lock and Love Island star AJ Bunker.

The stars had been racing around the track on a team-building activity with Celeb MMA competitors at Rye House Kart Raceway.

Aisleyne shot to fame on Big Brother in 2006.

Her rep told the outlet: "Aisylene has been released from hospital following the shock incident and is home recovering with the support of close family.

"We are grateful that Aisleyne hasn’t suffered from any major injuries.

"Aisleyne appreciates everyone’s immediate support and we will be sure to issue updates on her ongoing recovery accordingly."

Celebrity MMA will see 16 celebs undergo 12 weeks of gruelling training before facing an opponent at the OVO Arena Wembley on June 24th.