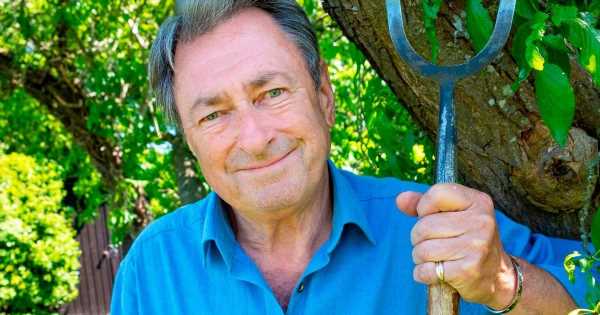 Iconic gardener Alan Titchmarsh has been a household name across the country for decades.

The broadcasting legend has been around on our TV sets since the 1980s when he was just a horticulture expert on the BBC show Nationwide.

Since then, he's presented numerous different shows from his own Gardeners' World and Love Your Garden, to the likes of Songs of Praise and the short-lived Popstar to Operastar.

The garden master even turned his talents to antiques when he hosted a special edition of Antiques Roadshow, called 20th Century Roadshow.

But some fans might not realise that long before he was even on telly, Alan was happily married and has shared his secrets to maintaining such a long-lasting love.

He's also revealed that there's a medicine he has to take every day to ward off a deadly disease which killed his dad at a relatively young age.

Alan, 72, met his wife Alison all the way back in the 1970s when he was still working solely as a gardener.

They married in 1975, meaning the couple have now been together for 46 years, which is nearly half a century.

They have two daughters together who are now all grown up, Polly, 40 and Camilla, 38.

Speaking to the Mirror about how the couple have managed to keep their love strong for all those years Alan said:"Romance is about being thoughtful.

"I have made Alison tea for 45 years – but mind you, she’s ironed my shirts every week for 44 years, which is the greater gift."

Speaking about their anniversary he continued: "We celebrate our anniversary in July, but we've been married so long that she doesn't go in for expensive jewellery – and although this year is sapphire, I know I’ll be discouraged from buying one."

He added: "Last year I looked it up, and the 44th anniversary was groceries – so I took her to Marks & Spencer, and she was happy as Larry!"

Alan has also opened up in recent years about a medicine he has to take every day to ward off heart disease which runs in the men of his family.

In fact it was heart disease which tragically took his dad young in 1986 when he died suddenly aged only 62.

Alan said in 2014: "I’m on statins. I wish I wasn’t. I don’t like the thought of taking tablets every day, but I’m following my doctor’s advice. He thinks it’s a good idea.

"The thing is, the men in my family have had a tendency to die from heart disease at a relatively young age.

"Outliving my dad has made me think about things.

“The truth of the matter is that I’ve decided to ease up a bit, and pace myself.”

At 72, despite his various gardening mishaps and injuries, Alan certainly looks healthy to us.