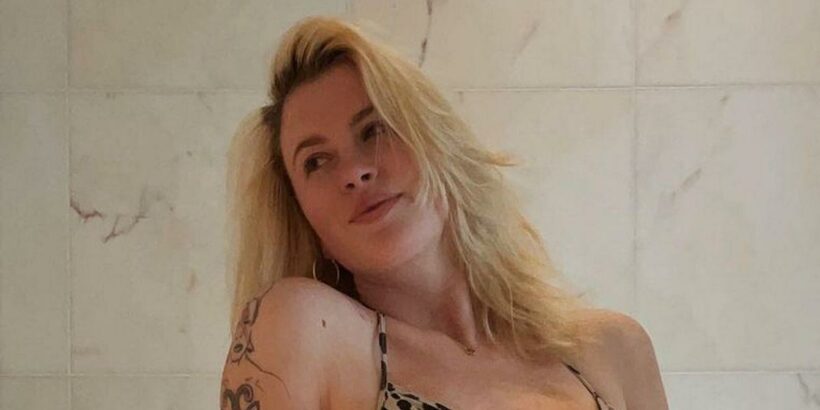 As Alec Baldwin celebrates his 64th birthday, Daily Star has taken a look at his model daughter Ireland's most stunning snaps.

Ireland, 26, headed down a similar route to Justin Bieber's wife Hailey, with the cousins both embarking on modelling careers

She is the eldest daughter of Mission Impossible actor Alec and the only child of Kim Basinger.

The beauty started modelling in 2013 and has appeared in films alongside her modelling career, with the beauty making her acting debut on Grudge Match before appearing in Campus Caller in 2017.

But as far as her sensational snaps go, which ones well and truly stand out from the crowd? Ireland is no stranger to using her social media platform to show the importance of loving what you look like as she flashes a whole lotta flesh for her fans.

With a range of bikini snaps, nude pics and skin-baring outfits, Ireland loves to teeter on the edge of Instagram boundaries, but she never fails to impress while she does it.

In May last year, she posed on the edge of a bathtub in an animal print bikini while telling fans to stop worrying what others think.

She ramped up the sex appeal as she showed off her curves in the stunning bikini while giving her followers a piece of stern advice.

The blonde beauty penned: "PSA: It's incredibly freeing to stop worrying about what others think of you and being imprisoned by constantly thinking of what you can do to make people like you!" Ireland loves to embrace her natural self, and for many snaps that includes completely ditching her bra in a freeing display.

One of her stunning snaps saw the beauty don a tank top as she decided to go without the bra to allow her assets to roam free in the top – and fans praised her for it. The 26-year-old sent temperatures soaring as shared close-up images of her body to highlight self-love while posing in a tiny string two-piece bikini.

She captioned the social media post: "Embracing my cellulite, stretch marks, curves, eczema, ingrowns, pale skin, grown out roots, hairy legs, and all the other fun things that make me human."

Fans praised Ireland on her appearance and showing off her "real" body.

One said: "Thank you for your courage and willingness to be so open and authentic! Your openness is remarkable and inspiring!"

A second wrote: "If you're healthy and happy that's all you need." Ireland doesn't mind flashing the flesh in her Instagram snaps, and for some of her pics she even opts for complete nudity.

Earlier this year the beauty decided to ramp up the sex appeal with a mesmerising snap where she wore nothing but thigh-high black boots – though she covered her modesty with her conveniently placed boot and her hands.

Her fans praised her at the time for kicking of 2021 to a good start, while she also posted another snap in the same outfit flaunting her bare booty.

Some sort of nudity does often pop up on her Instagram – and it seems her 671,000 followers are more than happy with it. Ireland bares all in snaps showcasing her incredible curves and reveals her impulse decision to add to her impressive tattoo collection.

While at the beach with her hair soaked and pulled back, make up free Ireland shared a cowboy boot tattoo on her derriere with the words "Yeehaw!" written above it.

She captioned the image: "Taking more time off of Instagram buttttt I got a new tattoo because I [heart emoji] impulse decisions."

The model has over 20 tattoos some including a cute image of her dog, an image of a Scorpion which is her zodiac sign and a tribute to the famous singer David Bowie with a portrait of him.