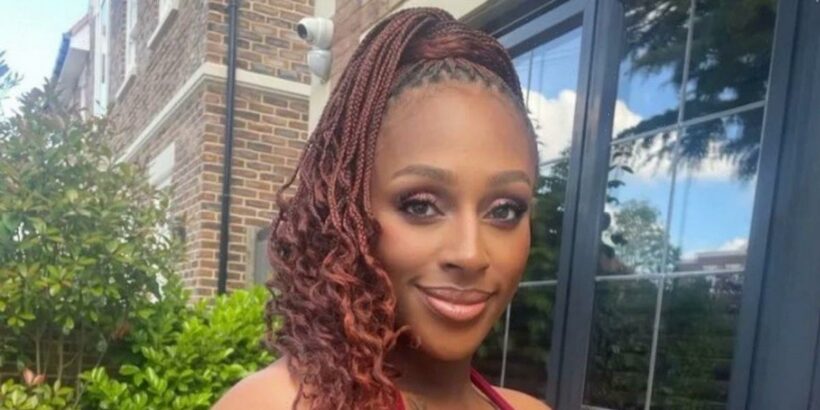 Alexandra Burke showed off her baby bump as she appeared at a premiere for her first film role.

The X Factor star is pregnant with her first child with her West Ham footballer boyfriend Darren Randolph, 34, and is due to give birth later this month.

She later posted cute snaps on Instagram showing her clutching her baby bump while Darren snuggled up behind her.

The singer wrote alongside her post: "Eeek! Quite a few of you know that I was lucky enough to have been cast in my first movie last year.

"It was filmed around this time a year ago and with everything going on I had a bit of a pinch me moment last week as the producers held a special cast and crew screening for #PrettyRedDress!

"I still can’t believe I was apart of this special movie @dionce_knowledge I will be forever grateful @nateyjones what an honour to star alongside you."

She added: "I can’t wait for you all to see it. I’ll let you know more details as soon as I do!! Watch this space."

Alexandra's celeb pals were among those who rushed to the comment section to gush over the snap.

Alexandra first revealed she was pregnant in February when she shared a video of Darren kissing her tummy and wrote: "Due June 2022."

In the heartwarming clip the happy couple were seen strolling through a forest while they played with their dogs.

They were also seen cosying up together and rubbing Alexandra's bump, plus relaxing on a pregnancy ball.

Alexandra shared snaps of held her baby shower earlier this month on Instagram.

In one of the snaps she was seen posing in front of a three-tiered baby-themed cake behind drapes of a marquee.