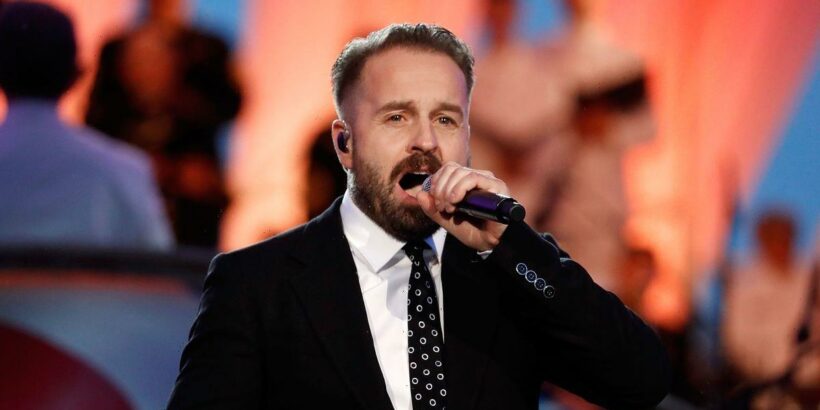 Tenor Alfie Boe claims the British national anthem would “wipe the floor” with the Sex Pistols in a chart battle.

Boer, 48, and soprano Sarah Brightman, 61, are collaborating to release a version of God Save The Queen – feature the NHS Voices of Care Choir and the Royal Philharmonic Orchestra, to mark The Queen's Platinum Jubilee.

Meanwhile to mark the milestone, the Sex Pistols are reissuing their once-banned punk rock song, which has the same title as the national anthem.

The anti-authoritarian track was released in 1977 to mark the silver jubilee of The Queen and despite the BBC refusing to play it, the song reached number two in the UK singles charts.

Boe said: “They don’t stand a chance. We would wipe the floor with them. There is no question. This song is our national anthem. Everybody knows it, it is so triumphant. “When we were on a TV show the other day, the minute we played a little clip of the song, everybody in the studio completely stood like soldiers and got very patriotic behind it and started singing along, so that is the effect that it has.

“It is not about competition. It’s just about recognition of Her Majesty, recognition of the British Red Cross charity that the proceeds will be going to and recognition for the NHS choir in thanks.

“It would be wonderful if we could get this to number one for Her Majesty, just to say thank you for everything she has done. “But I think first and foremost if we can get behind it and raise the money for the charity, that is what is most important.”

Boe and Brightman’s release is a double A-side, consisting of their new duet on the A-side.

The original recording of God Save The Queen from the Queen’s coronation is on the B-side.

The recording of the BBC’s broadcast of the coronation service from Westminster Abbey on June 2 1953 was recorded via a direct line to Abbey Road Studios in London.

Proceeds will be donated to the British Red Cross, of which the Queen is a patron.

Brightman said of the NHS Voices of Care Choir: “They are fantastic. Doing their busy work schedules and everything they do, and they find time to do this. “They have been so caring over the last few years while we have been going through absolute horror.

“It is just an amazing thing that they can do this.”

Boe added: “When they formed and they were using the power of music to help people through such a difficult time, we have to get behind them 100% to praise them for what they are doing.

“But like Sarah says, a lot of the members of the choir take their own free time to come and do this.

“They are working crazy hours in the hospitals and then whatever time they have with their families they choose to go and do this work with the choir – so a lot of credit to them.”

The NHS Voices of Care Choir consists of health service employees and was originally put together by music producer James Hawkins to perform with singer Michael Ball and Captain Sir Tom Moore on their version of You’ll Never Walk Alone, which topped the charts in 2020.

The single is available to download worldwide on iTunes, Amazon Music and across select digital streaming platforms. The CD single will be available at select UK Asda stores and other retailers.