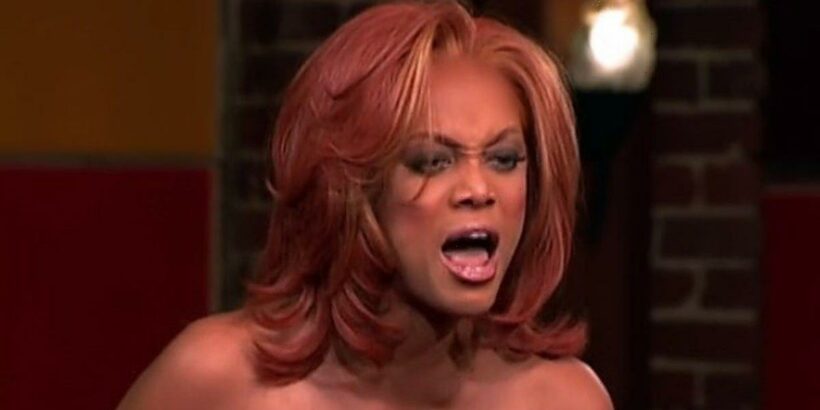 America's Next Top Model first erupted onto TV screens on May 20, 2003, and rapidly became a major success in the US and across the Atlantic.

The show which saw budding and often extremely enthusiastic aspiring models compete for the Top model crown, ran for an incredible 15 years and had 24 nail-biting seasons.

Supermodel host and head judge Tyra Banks, who turns 48 today, put the young competitors through their paces as they were faced with a judging panel that would critique the model's appearances, participation in challenges, and best shot from that week's photo shoot.

Although the show aimed to give the hopeful models a taste of what the fashion industry had to offer, it has often faced harsh criticism for the evident portrayal of cruelty and humiliation that some of the models had to go through.

Over the years, the show that was once a smash hit amongst viewers, hasn't really aged well with modern audiences as fans have understandably taken a disliking to the extreme challenges, ridiculous makeovers and cruel judging techniques.

Though the incident took place several years ago, many fans can't seem to forget the awful moment where supermodel Tyra lost her cool with contestant Tiffany Richardson and literally shouted her head off at her.

In series four, contestant Tiffany was eliminated from the show after the judging panel felt she wasn't trying hard enough and didn't believe in her modelling capabilities.

When given her marching orders by Tyra, Tiffany didn't appear as downcast when saying her goodbyes to the remaining aspiring models.

Tiffany's lack of emotion did not sit well with head judge Tyra and she called her back to face the judges which led to an explosive rant from the star.

Viewers were very disturbed by Tyra's outburst at time and till this day many are still perplexed as to why Tyra became so engulfed in rage.

America's Next Top Model was often slammed by viewers for the extreme and 'dangerous' challenges that the competing models had to undergo.

To make matters worse, participants were rarely given a chance to air their concerns over challenges they felt uncomfortable with and were often put down by Tyra and other judges if they did not partake.

In season seven contestants were challenged to undertake a photoshoot in a swimming pool with freezing cold temperatures for a floating in water styled pic.

The models were told to "fight through" as the icy cold temperatures pushed them to their limits.

As a result model CariDee English ended up getting hypothermia and health professionals were immediately called to the scene.

At the time of the incident a worried Tyra told CariDee that she should have told her that the water was too cold for her to shoot in.

Just like the often ridiculously outrageous challenges the models had to face, the budding participants also had to endure makeovers that would sometimes cause controversy.

In order to compete to become America's Next Top Model contestants had to undergo a transformation orchestrated by Tyra herself.

The models were not allowed to refuse the new look that was given to them and was criticised harshly if they failed to go through with the new transition.

Though some of the new looks gave the models a more high fashion appearance, other transformations were very questionable indeed.

In season fifteen, Tyra decided it would be a great idea to widen contestant Chelsey Hersley's gap between her two front teeth.

Despite finding fault with Dani Evans in series six, who refused to close the gap between her teeth when told to do so, Tyra seemed to have a change of heart and booked Chelsey into the dentist to open her small gap even wider.

ANTM seemed to comfortably dabble with appropriating other ethnicities, as they challenged the competitors to "embody" other cultures and races that was not their own.

In two series of the modelling show, Caucasian models posed in blackface for an 'edgy' cultural photoshoot.

Jay Manuel, who was Tyra's eyes and ears while on shoots, explained to the models in series four: "The challenge here really is taking on the persona of that other ethnicity while in the photograph and owning it."

In series thirteen, which came out in 2009, race bending seemed to be a popular theme yet again as the model's first challenge was to dress in cultural attire and wear stereotypical wigs associated with their given culture.

This sparked outraged amongst viewers and Tryra was later made to apologise for the inappropriate scenes.

Supermodel and judge Janice had an ongoing feud with head judge Tyra on and off the show, which often made viewers uncomfortable.

Though at times the judges disagreements were entertaining, many viewers found their harsh critiques on the models and their bickering amongst themselves hard to watch.

Outspoken Janice and Tyra often went head to head each week on the show and couldn't wait to show their true colours when they didn't find common ground.

The pairs feud was evident when cameras stopped rolling and after four seasons on the show self proclaimed supermodel Janice was forced to leave in 2008.

Though the pair settled their disagreement and apologised years later, last month Janice spoke out again about her former co-host.

While being interviewed on a podcast, Janice labelled Tyra as a "mean girl" and claimed she "does not like women".

Yaya DaCosta singled out for her ethnicity

During season three contestant Yaya DaCosta was often criticised for her African heritage by the judges while on the show.

ANTM fans will remember the scene where Yaya was told off for not choosing to wear an African styled hat to model during a challenge and instead opted to wear a cowboy hat.

Judge Nigel Barker was disappointed by her decision and said: "Everyone would have pegged you as going for the African hat."

But Yaya wanted to ensure she didn't go down the stereotypical route and was judged harshly for not doing so.

Meanwhile judge Rebecca Weinberg condemned her for her "intensity to prove her "Africanness" calling it "overbearing.”