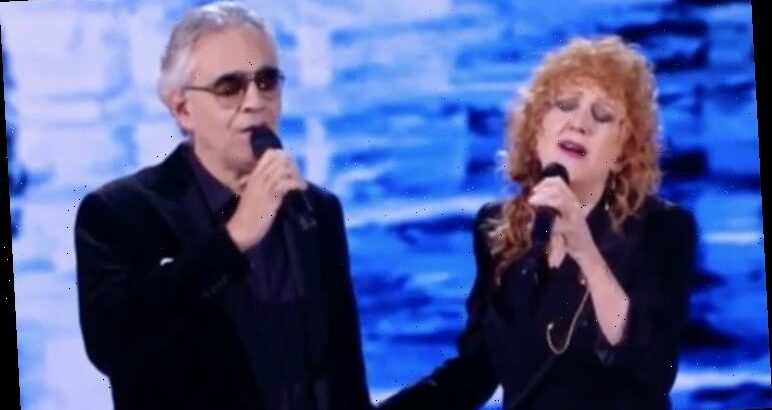 Andrea Bocelli released his brand new album Believe last year, which included a cover of Leonard Cohen’s classic Hallelujah. Despite the difficulties of the times, the Italian tenor has managed to performed live-streamed performances to promote his new record. And now he’s shared another duet version following his incredibly popular performance of Hallelujah with daughter Virginia Bocelli last year.

This time Bocelli was captured performing Hallelujah with Fiorella Mannoia, in a powerful duet.

Bocelli’s official music video for his rendition of the track took him to Liguria on the north-western coast of Italy.

During the footage, the 62-year-old is seen climbing over the rocks by the ocean as group Retropalco dance around him. 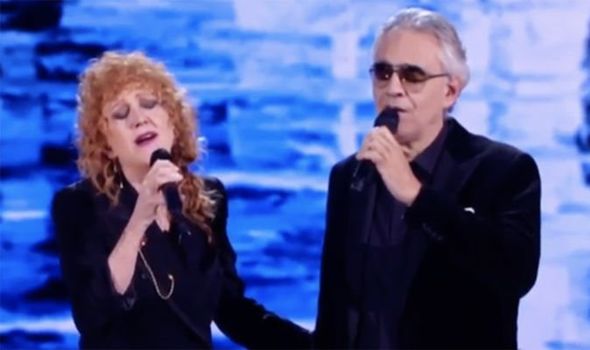 Also featured prominently in the video is the Roman Catholic Church of St Peter (San Pietro) located at Porto Venere on the Ligurian coast.

The 5th-century structure faces the Gulf of Poets and was restored in the early 1930s.

Before this was released, Bocelli sang a duet of Hallelujah with his daughter during his live-streamed concert Believe in Christmas.

The star’s eight-year-old Virginia joined him on stage with a guitar, which she handed to her father before they sang Cohen’s hit in English and Italian together. 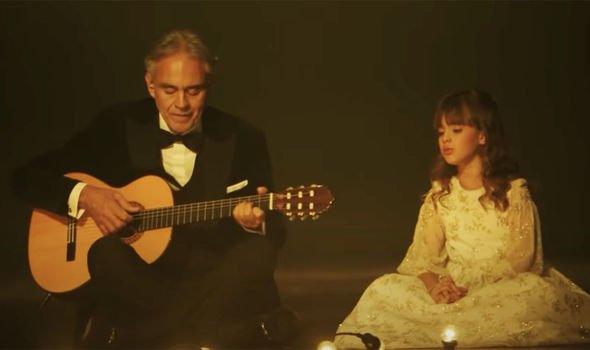 Last month, Bocelli spoke exclusively with Express.co.uk of singing with Virginia, in what was her debut professional performance.

Asked to describe the feeling of singing such a beautiful song to the world with his daughter, the 62-year-old replied: “It was a true Christmas present that Virginia gifted to me.

“It was very emotional but there was no apprehension: I focused on the beauty and intimacy and I tried to convey the serenity, encouragement and reassurance to Virginia.

“We sat on stage with only a guitar, the silence and her voice intertwining with mine. It was beautiful and simple. It was a very special moment, one to savour and remember always.”

We then asked Bocelli whose idea the duet was and if Virginia had asked to sing with him before.

The star replied: “The initial idea was born from a bit of fun, and then it came to the concert and the song itself with Virginia featured in the setlist.

“Franco Dragone, the director of the live stream, insisted that it be included in the show and judging by the results he was right in entrusting her with such an important part.

“Although Virginia was practically born and raised on stage and behind the scenes, this was her official debut.”

Asked if Virginia was nervous, Bocelli assured us that she wasn’t and we can’t help think there’s a promising career for her in the future; following in her father and brother’s footsteps.

Her father told us: “No, she wasn’t nervous, she is a very determined child, and certainly her piano and dance studies have helped her understand when you need to give your all. In Parma, everything went smoothly and with the greatest of ease.

“It’s a father and daughter duo singing a song together. Virginia has mastered how to forget the cameras and stay focussed. She maintains the right spontaneity – on a song that I’d recently recorded that she has heard so many times.”