Ariana Grande says fiancé Pete Davidson's months-old joke that referenced a fatal bombing at her Manchester, England, concert is "unfortunate" and not funny.

Twenty-two people died and many more were injured as a result of a suicide bombing that took place as fans were leaving Grande's concert on May 22, 2017. Grande followed up with a benefit concert to help victims and their families.

Davidson's joke, made at a benefit event last spring, resurfaced recently. According to People, Davidson cited the bombing in reference to Grande's growing fame, saying, "Britney Spears didn't have a terrorist attack at her concert."

In a heartfelt Twitter response to a fan asking why she remains with the Saturday Night Live star in light of his joke, Grande called the joke "unfortunate," but added that Davidson uses comedy to make people feel better and is never malicious.

After Twitter user @ariissalegend remarked that couldn't understand why Grande "is still with Pete" after his "rude" joke, the singer replied, "This has been v tough and conflicting on my heart. He uses comedy to help [people] feel better [about] how f-ed up things in this world are.

"We all deal [with] trauma differently. I of course didn't find it funny. It was months ago and his intention wasn't/is never malicious but it was unfortunate." 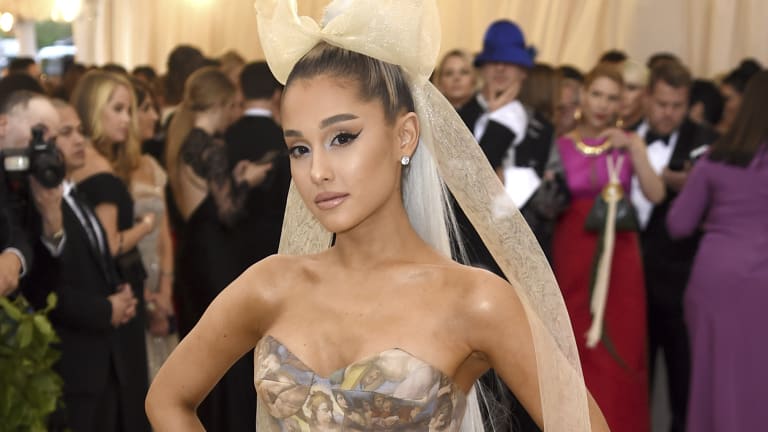 Davidson, who joined SNL in 2014, lost his father Scott Michael Davidson, a firefighter, in the September 11, 2001, terrorist attacks in New York.

The comedian is known for including his father's death and 9/11 in his stand-up act as a way of coping, as he does in a NSFW Comedy Central clip from SMD – Coping with a Family Tragedy.

Davidson confirmed reports of the couple's engagement in a June appearance on Jimmy Fallon's The Tonight Show, about a month after he confirmed on Instagram that he and Grande were dating.