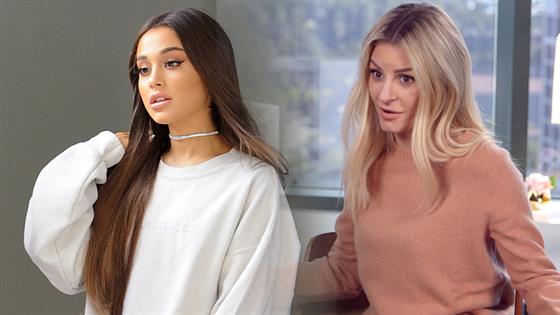 On Sunday, Ariana Grande took the stage in Tampa at the Amalie Arena. The “thank u, next” singer survived a near fall during her second song of the evening, but luckily recovered like a pro. During her performance, she was strutting across a table when she stumbled. Luckily, she fell into the arms of a backup dancer, and not to mention, she made sure to fall on beat.

“Thank you for making me feel loved when I fell earlier,” she said after the fall according to the Tampa Times. “I had to fall. It’s been 87 shows and I haven’t fallen yet, so it had to happen.” The moment was caught by a fan on social media who tweeted the video. “She fell on beat I have tears,” the excited fan said along with a video of the moment.

Ariana caught wind of the post and retweeted it with her own hilarious reaction.

“oh my. at least i still made the button,” she wrote. “i’m crying. things were going too well.”

Fall or not, it’s good to see Ariana back up and moving. The singer recently had to cancel shows on her tour due to an illness, and after receiving five Grammy nominations, she shared that she might need some help to make it through.  “Be sure to have an ambulance and lots of cliquot on standby,” she joked in a tweet to the Recording Academy.

Keep your head up, Ari!