Ariana Grande has opened up about living with anxiety, revealing that she experienced things a lot more “physically” in the months following the Manchester Arena terror attack.

The devastating attack happened in May last year, when a suicide bomber detonated an explosive device at the end of one of Ariana’s concerts. Twenty-two people were killed.

Speaking to ELLE, Ariana explained that she had “always had anxiety” but that it had never manifested itself “physically” until after the attack.

“When I got home from tour, I had really wild dizzy spells, this feeling like I couldn’t breathe,” she said. “I would be in a good mood, fine and happy, and they would hit me out of nowhere. 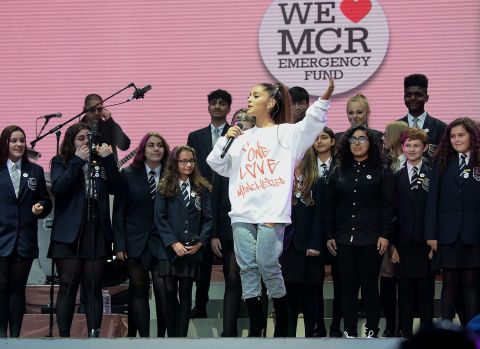 “I’ve always had anxiety, but it had never been physical before. There were a couple of months straight where I felt so upside down.”

Reflecting on how things have changed for the singer, Ariana conceded that “everything is different” now, and called getting back on stage “terrifying”.

Showing her admiration for her fans, she continued: “It’s the most inspiring thing in the world that these kids pack the venue. They’re smiling, holding signs saying, ‘Hate will never win.’ 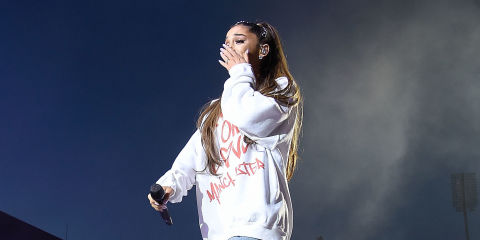 “Why would I second-guess getting on a f**king stage and being there for them?” she asked, before adding: “That city, and their response? That changed my life.”

Speaking last month, she admitted that she feels she “shouldn’t even be talking about [her] own experience”. She added: “I don’t think I’ll ever know how to talk about it and not cry.”

We would encourage anyone who identifies with the topics raised in this article to reach out. Organisations who can offer support include Samaritans on 116 123 (www.samaritans.org) or Mind on 0300 123 3393 (www.mind.org.uk).

Readers in the US are encouraged to visit mentalhealth.gov or the American Foundation for Suicide Prevention.