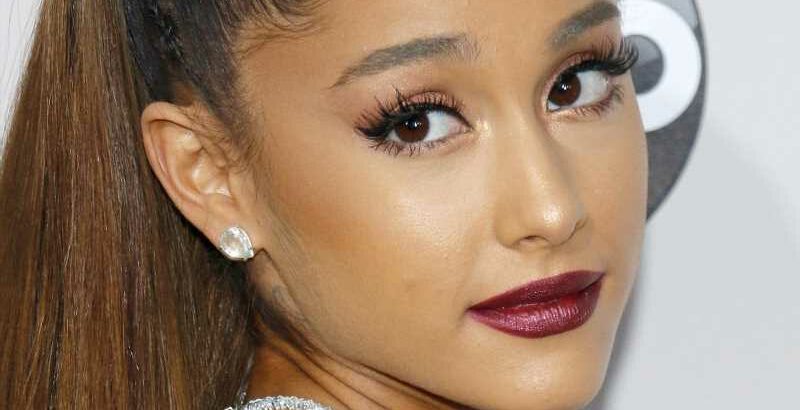 Ariana Grande’s brother, Frankie Grande is revealing new details about the superstar’s top secret wedding to Dalton Gomez. Ariana pulled off a major surprise for fans when she tied the knot with the real estate agent on May 15. She only officially confirmed the news several days later on May 26 when she shared stunning wedding photos to her Instagram after the news was first leaked by TMZ.

One particularly gorgeous photo showed the couple from above as they shared a passionate kiss. Ariana was dressed in all white and placed one hand around her new husband’s shoulders and the other on his head. They enjoyed an intimate moment while surrounded by candles under foliage that hung from the ceiling.

The star also gave Vogue an inside look at the big day, which took place in her own California home. Only 20 people were in attendance as the couple said “I do” and both Ariana’s mom, Joan Grande and her dad, Ed Butera gave her away.

Aside from sharing a few intimate photos with her fans on social media, neither Ariana nor her nearest and dearest have publicly said a whole lot about the big day. Until now, that is. Keep reading to find out the super sweet details Frankie Grande just revealed.

Frankie Grande called Ariana’s Grande and Dalton Gomez’s wedding “gorgeous” in an interview with Hollywood Life, noting that the whole thing “was absolutely beautiful and everyone was so happy. It was such a joyful, joyful occasion.” Frankie couldn’t stop gushing over his sister’s big day, adding it was “a beautiful, beautiful ceremony” as he shared that the bride “looked absolutely gorgeous.” He continued, “I’m just going back there reminiscing in my brain and it was literally, literally a perfect, perfect evening.”

Frankie also revealed what he really thinks about Gomez. The former “Big Brother 16” star revealed just how much he loves his new brother-in-law and called him “the best,” confirming that he’s “totally part of the Grande clan” and is “family.”

Ariana has been dating Gomez since early 2020 (per E! News) and, though the couple have mainly stayed out of the spotlight since, the “Break Free” hitmaker has given fans occasional insights into their life together on social media. Ariana confirmed Gomez had popped the question with a sweet post on Instagram that included several candid photos of them together and close-ups of her engagement ring. She captioned the December 2020 upload, “forever n then some.”

It sounds like this is very much one big happy family!