Ariana Grande has posted an emotional tribute to those affected by the Manchester bombing.

Wednesday marked one year since a suicide bomber killed 22 people as they were leaving the pop star's 2017 Manchester Arena show. The incident left more than 130 people injured and was the deadliest terror attack on British soil since the 2005 London bombings. 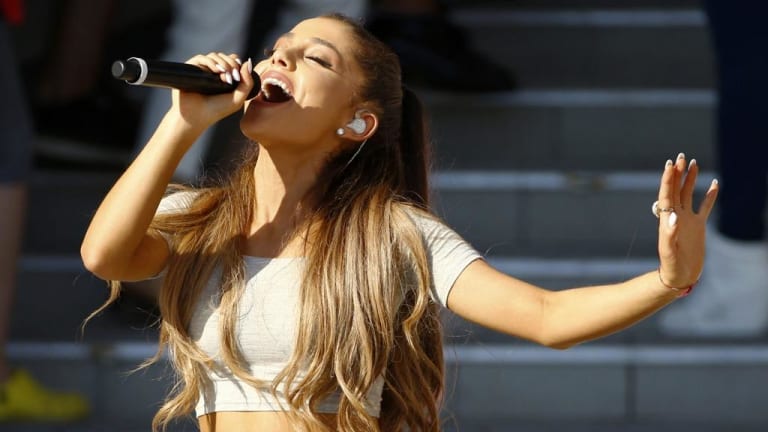 Ariana Grande has paid tribute to the Manchester Arena bombing victims one year on from the deadly attack.

In the wake of the bombing, Grande flew back to the United States and cancelled several European shows but later returned to Manchester to headline a benefit concert for victims and their families. The concert, which included performances by Miley Cyrus and Justin Bieber, raised millions of dollars.

The pop star later resumed the rest of her Dangerous Woman world tour and in an Australian first, fans were not able to take bags of any size into venues across Melbourne, Sydney and Brisbane.

Beefed up security meant fans could only carry items that fit into their pockets, with plastic ziplock bags provided for small personal items.

Grande recently dropped a new single No Tears Left to Cry. A full album, titled Sweetener, is expected to land in July.