The ‘No Tears Left to Cry’ singer shares on Instagram Stories a couple of screenshots of Apple Music interface which show her listening to ‘Swimming’ tracks ‘Ladders’ and ‘Dunno’.

AceShowbiz –
Ariana Grande has paid another tribute to ex-boyfriend Mac Miller following his death last week. She shared on Instagram Stories over the weekend a couple of photos which showed she was listening to some songs off his latest album “Swimming”.

The first song that she listened to was “Ladders”, which found him rapping about his battle against addiction. She adorned a screenshot of her Apple Music interface with animated emojis and gif, including birds, hearts and rain clouds. 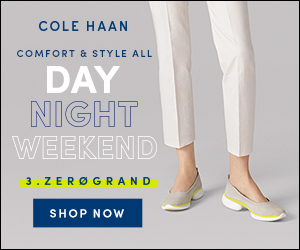 After that, she posted another screenshot of her interface which showed her listening to “Dunno”. Fans have speculated that the song was about Ariana since he allegedly referred to her battle with anxiety on the song. “You, you don’t gotta work harder/ I can calm you down, yeah,” he spitted. Ariana added a few of clouds emojis on the screengrab.

Prior to this, the “Bang Bang” hitmaker shared an old video footage of her and Mac joking around during a dinner date. “I adored you from the day I met you when I was nineteen and I always will,” she captioned the clip. “I can’t believe you aren’t here anymore. I really can’t wrap my head around it. We talked about this. So many times.”

“I’m so mad,” she continued. “I’m so sad I don’t know what to do. You were my dearest friend. For so long. Above anything else. I’m so sorry I couldn’t fix or take your pain away. I really wanted to. The kindest, sweetest soul with demons he never deserved. I hope you’re okay now. Rest.”

Mac died on Friday, September 7 of a suspected overdose. He was found unresponsive in a bedroom inside his San Fernando Valley home. Funeral plans have not been announced by his family, but new reports suggested that he would be laid to rest at Homewood Cemetery in Pittsburgh. It was a featured location in his “Nike’s on My Feet” music video.