Arrow star Colton Haynes has addressed rumours about him splitting with his husband, taking to Twitter to deny that Jeff Leatham has cheated on him.

The speculation began when the actor released a musical demo of a song called ‘Man It Sucks’, which goes into detail about relationship problems.

The song includes the line “I don’t like when you’re staying out all night and never answer your phone”.

But Colton has now denied that Jeff has been unfaithful, tweeting: “Jeff would never cheat. He’s an amazing man. Please stop being mean to him. The song I wrote was about a past relationship.”

His followers were quick to show their support for Colton, urging him to ignore the speculation.

However, his tweet does not clarify whether or not the pair have split and Jeff has not commented on the rumours at all.

Colton and designer Jeff have been married for just over six months, tying the knot in California in October 2017. 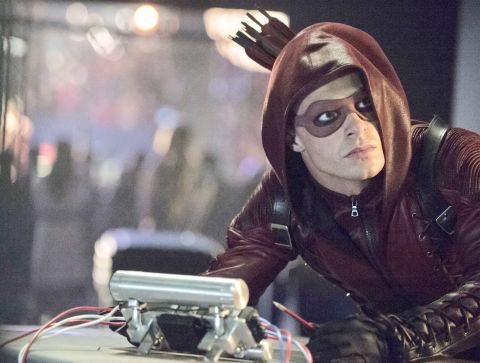 Colton has been promoted to a series regular in Arrow in its upcoming seventh season, with his character Roy Harper making a return to Star City.

He was last seen testifying against Oliver Queen (Stephen Amell) as part of Ricardo Diaz’s (Kirk Acevedo) attempt to out the mayor as the Green Arrow.

But he came through for Oliver when he refused to reveal his true identity, before leaving town with Olly’s sister Thea (Willa Holland).

It’s not yet been revealed just why Roy – aka Arsenal – will be back, but there’s bound to be a heroic reason.

Colton is also known for his roles in American Horror Story: Cult as Detective Jack Samuels and Teen Wolf as Jackson Whittemore.