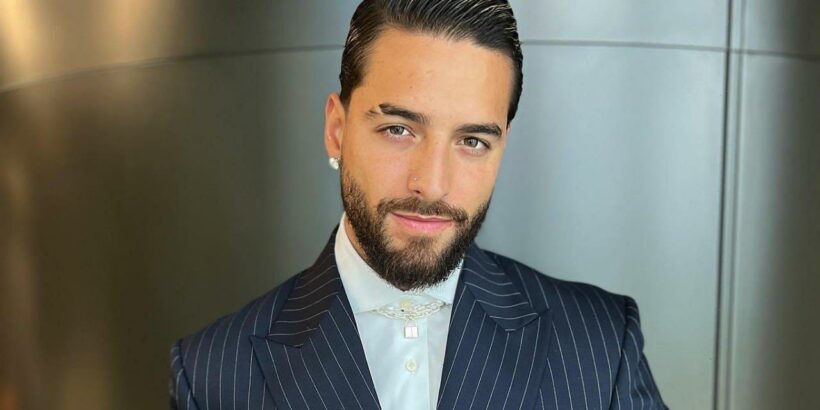 The Colombian singer, whose real name is Juan Luis Londono Arias, officially becomes a chart topper as he debuts at the summit of several music charts with his new single, ‘Junio’.

AceShowbiz –Maluma has become a chart-topper thanks to his new single “Junio”. With the upbeat feel-good pop track, which arrived on streaming services on September 29, the Colombian singer boasted his name at the summit of several music charts.

Following its release, “Junio” bowed at the top spot on Billboard’s Latin Airplay chart in the week ending October 15. The song also landed at No. 1 on Latin Rhythm Airplay, marking the 28-year-old crooner’s 19th ruler on the list and his first debut atop the ranking since “Chantaje” in 2016.

Maluma released “Junio” with its accompanying music video, which he co-directed alongside Cesar “Tes” Pimienta and Juan Felipe Zuleta. In the visuals, the musician can be seen being captivated by a pretty woman, who is played by deaf actress Jenifer Pulgarin. The two finally connect with each other although they initially have a little misunderstanding.

Born Juan Luis Londono Arias, Maluma performed “Junio” live for the first time at the 2022 Billboard Latin Music Awards, the same night with its arrival. It marked his first single after dropping his latest studio album, “The Love & Sex Tape”, back in June.

Of the record, Maluma said in a statement, “More than a decade into my career, I was missing that essence that inspired me from the beginning.” He further explained, “I felt a need to connect with the streets as well as fans who love the urban rhythm that has defined me from the star.”

“That’s why I decided to make this album,” the “Papi Juancho” artist went on sharing. “The Love & Sex Tape represents my duality and a 2022 version of my original sound.”