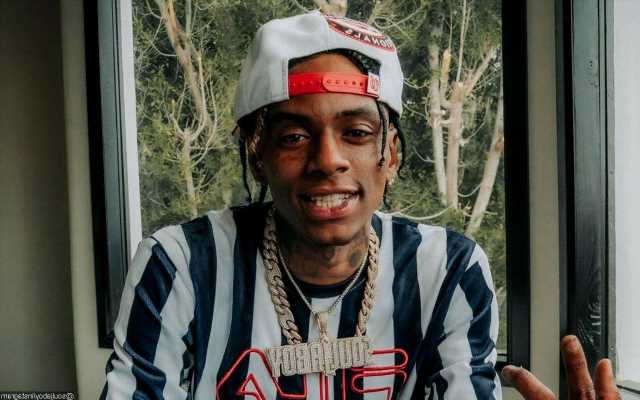 The ‘Crank That’ hitmaker is back atop the charts with his new party anthem ‘She Make It Clap’ which is released to tide fans over while preparing for his next studio album.

AceShowbiz –Soulja Boy returned with a bang this year. He released a new banger “She Make It Clap” and the single blew up on the internet. It quickly became a new favorite among music fans, trending on Twitter and sparking a new craze of viral dance on TikTok.

The beat is infectious, the lyrics are perfect for revellers, and the music video is fun with a lot of twerking girls and cameos from famous guests like Chief Keef and Desiigner. The song was released following his record deal with Virgin Music.

It propelled the “Crank That” hitmaker back to No. 1 on Billboard chart. It jumped from No. 19 to the first place on the Top Triller U.S. and bowed at No. 4 on Top Triller Global. If the early chart performance is any indication, it’s expected to climb up high on Billboard Hot 100.

While riding high on the success of his latest single, Soulja Boy is gearing up for his next studio installment. A follow-up to his 2015 album “Loyalty”, the new LP was originally set for release in 2019 but it’s delayed following his incarceration.

According to his manager, the rapper is now in a better place following his prison stint. “The jail just woke him up,” the manager claimed in an interview with HipHopDX.

“He’s moving different and the jail taught him a lot. I hate that it had to be jail to do that, but sometimes you can lead a horse to water, you cant make them drink it. Hes totally a different person, the cat is real respectful now and he looks at things differently. The cat told me he loved me the other day, he never told me that.”

Besides a new album, the lyricist is working on a documentary. “More people want to deal with him now because he’s not wilding out. He’s on the grown man stuff. So, he wants to venture more into movies and stuff like that,” the manager explained.