The memorial began nearly an hour late, which may have been an inadvertent blessing. It was scheduled to begin at 10am, but a half-hour later, hundreds of people holding their free tickets for the service were still patiently pooling towards the security gates outside the Staples Center, where the city’s NBA and NHL teams play. There wasn’t any acrimony amongst those waiting, but there wasn’t any urgency, either. Inside, same deal; there was no palpable rush to locate one’s seats so that the program could begin. No one was in a hurry to bury Nipsey Hussle.

It had been nearly two weeks since the Grammy-nominated rapper, philanthropist and entrepreneur was shot and killed in front of his Marathon Clothing store on West Slauson, in the heart of a South Los Angeles that he loved and never left. A closed casket sat at center stage, draped with a massive arrangement of purplish flowers. A tiny Eritrean flag hung off the top edge on the right side. But that, along with the somber lighting and the thick memorial program filled with personal photographs and tributes from celebrities far and wide, was the only sign that what we were about to witness was maudlin. A lot of tears would be flowing down cheeks onto smiles that morning.

From the folks swaying to the Hussle hit “Victory Lap” on repeat to the words beneath his beaming portrait, “A Celebration of Life,” shining on a massive video screen that seemed to illuminate the arena with its lavender light, it was evident that we had something else coming. The hip-hop supernova, only 33 when he died, got a homegoing service that morning — that enduring black tradition writ large in a setting so grand that Los Angeles has only held one other memorial in the same location for an artist after his death: Michael Jackson. 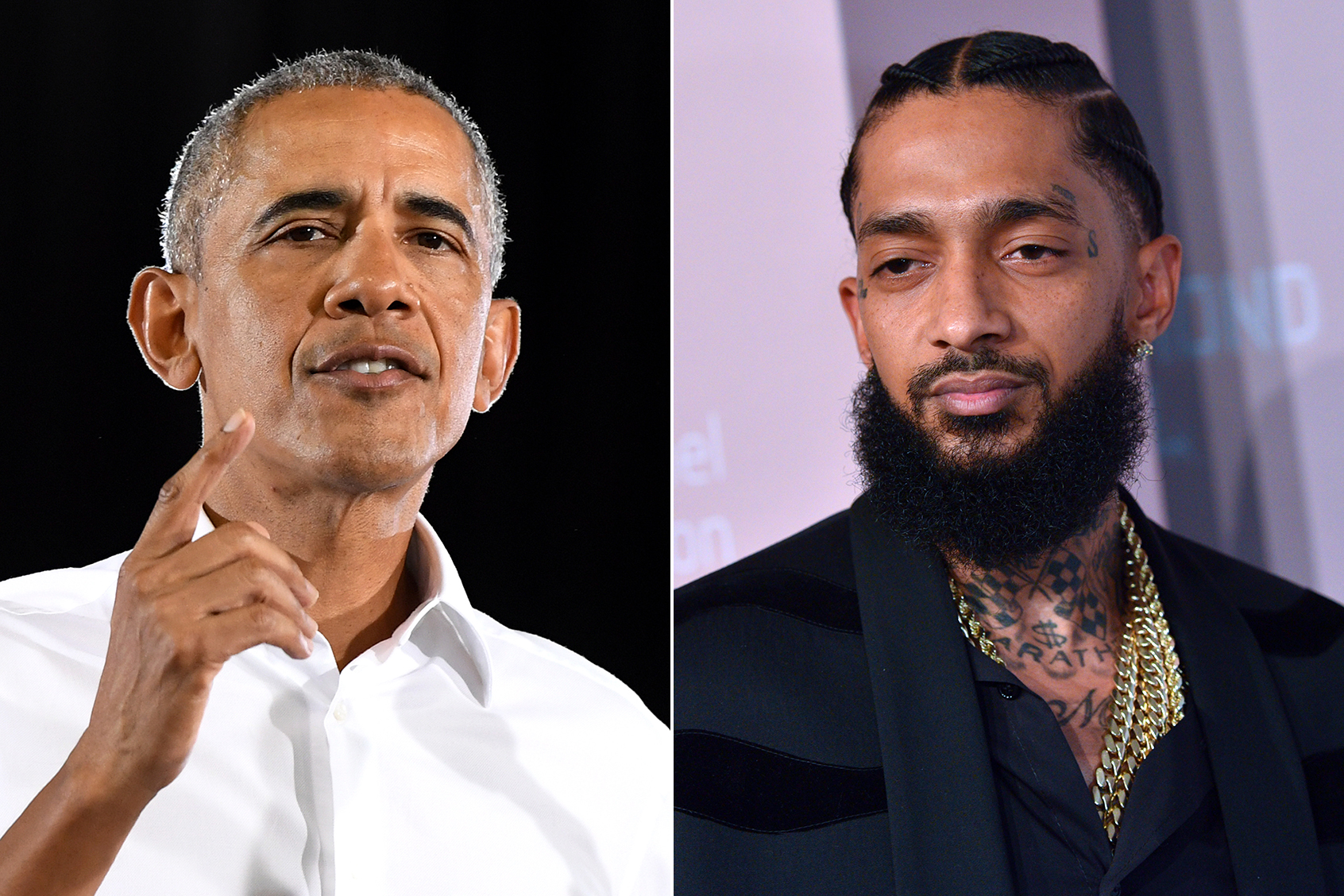 Once it began with DJ Battlecat’s eruptive beats blasting from stage right just before 11am, the service accomplished something rather basic, yet profound: it elevated Nipsey Hussle’s memory by allowing those who watched to grasp the depth of his loss, coloring in those spaces that stardom often hides from the public to inform us of just who was lost. This was more than a rap star whose skill was to be admired, or whose business moxie he was generous enough to use for the betterment of his community. I left feeling truly sorry that I didn’t get to know this brother.

Those who knew him best inspired that emotion. Yes, the crowd did loudly cheer a poignant letter from former president Barack Obama, who didn’t know Asghedom. Eulogies and prayers from Louis Farrakhan and a coterie of Christian ministers struck a nerve. Some of his fellow rap stars, such as Snoop Dogg and Kendrick Lamar, also took the mic to lament their loss. It was moving and fortifying to see Stevie Wonder sing “Rocket Love” and the emotional Eric Clapton classic “Tears In Heaven,” right after calling for stricter gun laws.

But it is just different when a man’s little sister talks about how she has never existed in the world without him; or his father remembers his son’s fighting spirit from the moment when he was fresh out of the womb; or his girlfriend reads a loving message that she texted him as she watched him sleep recently.

“I want you to know I feel real joy in my heart when I’m around you. I feel safe around you, protected, like a shield over me when you’re around. I am totally myself with you,” actor Lauren London read from the message that she sent Asghedom on the morning of January 21st. “You’ve made me into more of a woman. You’ve given me an opportunity to really love a man.” 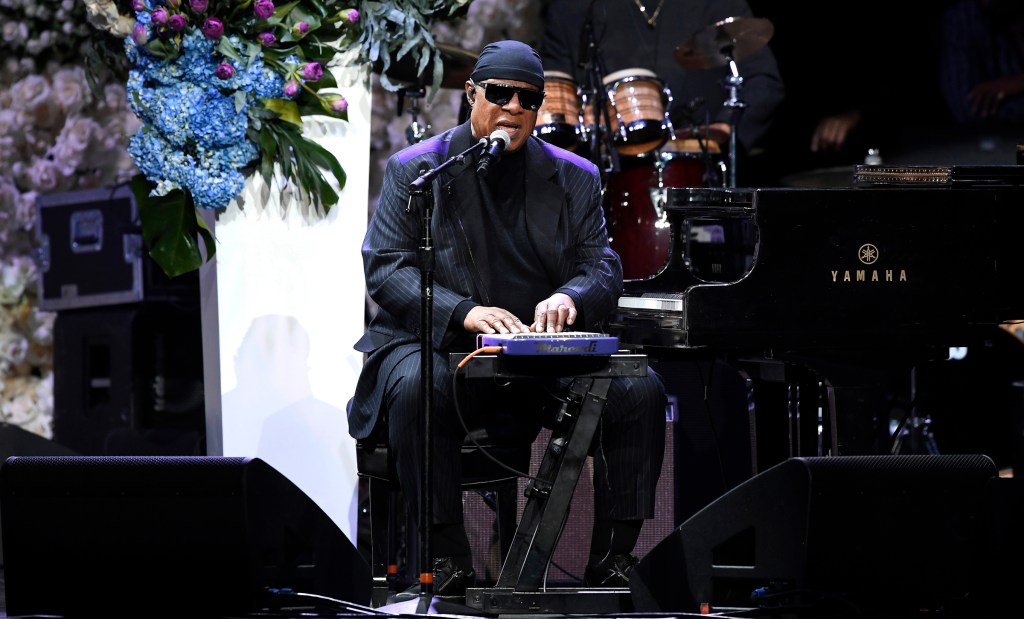 London, an actor who has a son with a prior relationship with Lil Wayne, added that she admired Asghedom’s thirst for knowledge — she’d lovingly tease him about listening to audiobooks as he went to bed. Her heart ached about the fact that their two-year old boy, Kross, likely wouldn’t remember his father’s love outside of what he is told. “His soul was majestic. He was the strongest man that I ever knew. A gentle father, a patient leader, a divine light,” London said.

That light shone through in rays during the service. Each image that flashed on the video screen, including one particular video clip of Ermias and his older brother Samiel as young boys doing zany dances, showed early hints of the performer to come. The photos would flash one after the other, at times progressing through his adolescence into manhood, showing those last vestiges of childhood falling away from his face. Samiel recounted his brother’s natural charisma — so effective that when combined with Ermias’s entrepreneurial drive, would see him clearing hundreds of dollars from a round of shoveling dog manure out of South Central yards. He spoke with a refreshing amazement about Ermias building a computer from salvaged parts when they were kids. The crowd may have known, as Samiel said, that Ermias “put his heart and soul on Crenshaw and Slauson,” the location of his Marathon Clothing store and, later, his murder. But it was how that heart and soul manifested in the people who knew him best that was so striking.

Asghedom’s mother, Angelique Smith, spoke about how she had felt death approaching their family, depriving her of sleep for weeks. His grandmother had felt it, too, going so far as to start sleeping on a day bed in her main living space recently so that the medical personnel could reach her faster. But death had other plans.

London said that “grief is the final act of love,” but even as they miss him, his family and associates will ensure that the businesses he owned will continue to thrive, and to guide young minds at his STEM education centers and coworking spaces. When Smith, speaking with uncanny steadiness under the circumstances, said that her son was “a great man,” it didn’t come off like a motherly boast. It sounded like a lucid assessment of fact.

Still, as we are left with his legacy and example, the memorial celebrated the person whose life was stolen away. Before the hearse took Asghedom’s casket back to South Los Angeles, along a gridlocking route that stretched more than 25 miles, I found myself wanting the impossible: for him to see this. It wasn’t right that he wasn’t here to watch his city this united and joyous, celebrating a young gang member from his part of town rather than counting him and his death as a statistic — or using it as a political cudgel.

Too few with that kind of history get that kind of love in life. Would he have smiled seeing the flowers being thrown into the path of his procession as it moved past his store and towards the Angelus Funeral Home? Knowing who he was just a little better than I had hours before, I was overcome with a feeling of simply wanting Ermias Asghedom to be okay, to protect and guard one of our young treasures, even after the fact. Even though I knew what couldn’t change, I hoped that somehow, he could see how his city rose up for him.

Perhaps he could. Khalil Kimble, Asghedom’s young nephew, offered some hope for that. Earlier during the ceremony, the little boy held the arena rapt and quiet when he spoke about a dream he’d just had. “I was in paradise and I was playing in the ocean water when Ermias popped up right behind me. He said, ‘What’s up, kiddo?’ because that’s my nickname to him.” Khalil said, adding that after he told his mom about it, “I realized that Ermias told me what heaven was like. He told me it was paradise.” Well, if so, reward well earned.