Kendrick Lamar and Lorde are among the international artists attracting a sell-out crowd to Byron Bay's Splendour in the Grass, but there’s a wealth of Australian talent for music fans, too.

In its 18th year, the festival is now the country's biggest winter music event with more than 30,000 sun-seeking music lovers descending on the North Byron Parklands at Yelgun for the weekend.

Some fans started coming through the gates on Thursday, while the majority of campers arrived yesterday.

Across the festival's three full days and nights they'll have up to a dozen stages and vantage points to see and hear the likes of Scottish bands Franz Ferdinand and Chvrches, US pop/rockers MGMT and Grammy Award-winning Lamar.

Not to be outshone, there's also Australia's own chart-topping Amy Shark, who released her highly anticipated Love Monster album just a week ago, while Sydney’s ARIA-winning stars Gang Of Youths will surely pull one of Saturday night's largest crowds on the main stage. 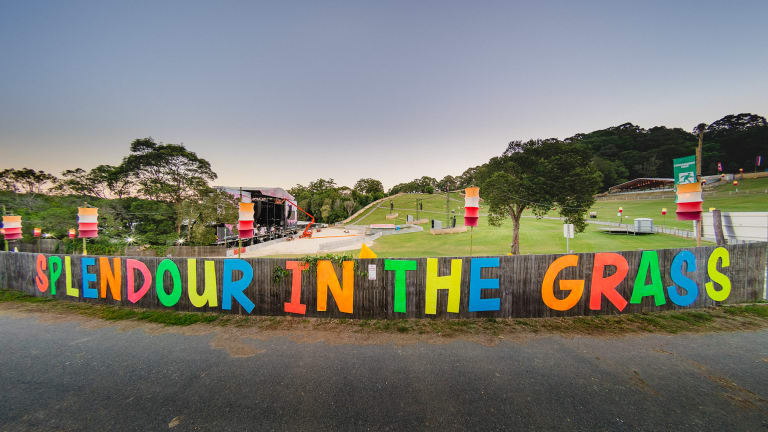 The 2018 Splendour in the Grass festival is underway in Byron Bay.

Shark, whose song Adore finished second behind Flume’s Never Be Like You in 2016's Triple J Hottest 100, told Fairfax Media she’s thrilled to be returning to Splendour’s party space, where she’ll perform on the main stage late Saturday afternoon.

Prior to Shark playing, Melbourne's Alex Lahey will be on the main stage, where Perth's Methyl Ethel will also drop songs from their latest album Everything is Forgotten.

"I've been a handful of times, everyone knows about Splendour in the Grass," Shark said, after hanging out the clothes she hoped would dry ahead of driving to Byron Bay. "Splendour has got such a great name around the world, it gets the best of the best there, so to be alongside some of those other artists is really great.

"It's such a big deal. I had my Splendour debut last year and it's rare to play two in a row, so I feel really grateful. I'm honoured to be doing it again this year." 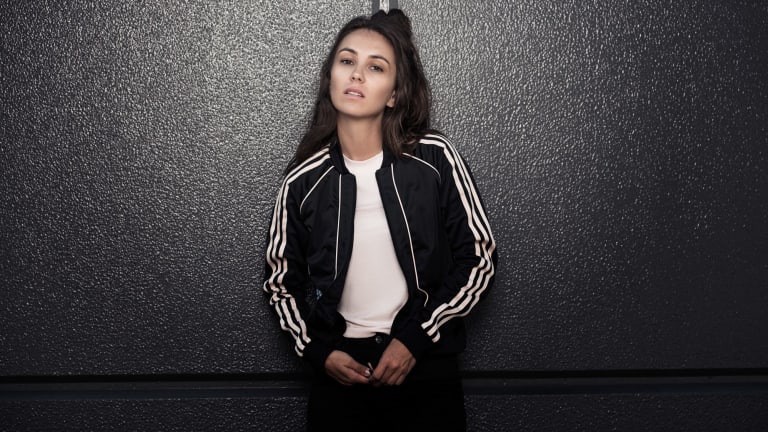 Amy Shark will perform on the main stage on Saturday afternoon.

Shark's new single I Said Hi will no doubt get a big sing-along, while Baker Boy (21-year-old Danzal Baker) has brought his fresh rap tunes to the festival, playing for early arrivals on Thursday and again yesterday.

After recently playing his own headline shows in Sydney and Melbourne, Baker Boy was thrilled to be part of a big festival line-up featuring so many Australian artists.

"A little bit nervous," is how Baker Boy described himself after arriving in Byron Bay, quickly adding he was "stoked to be part of it" and couldn't wait to get on stage. "I've always wanted to dance and sing, ever since I was a kid," he said. "It’s good for you." 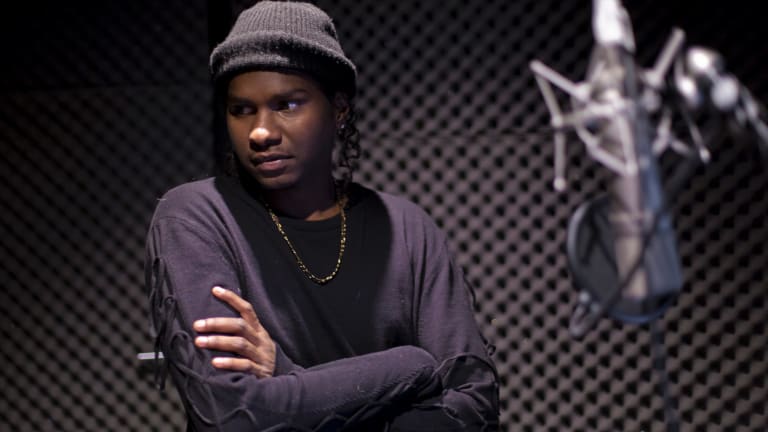 Travelling from Melbourne for their first Splendour in the Grass experience was punk rock band Amyl and the Sniffers, who are currently recording their debut album for release early next year.

Bass player Gus Romer said the band was getting used to touring, but was yet to play to a festival crowd on this scale.

"It’s just a lot of fun, it's cool going to see new places and meet new people," Romer said. "We've been flat out, playing shows everywhere and touring heaps, but this will be interesting. It's not usually our scene so I'll be interested to see the audience reaction to us, see how they take it." 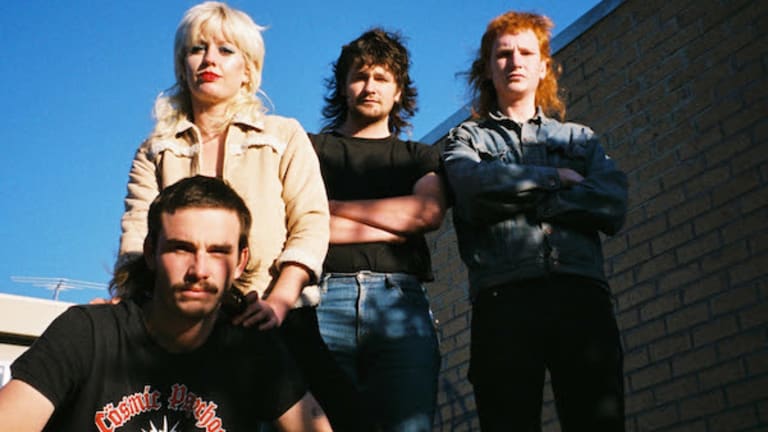 Amyl and the Sniffers will be at the festival for the first time.

Romer, like Baker Boy and other Splendour artists Fairfax Media spoke to, said making music at the grassroots level was exciting, with great opportunity for collaboration among musicians.

"Australia's music scene is really, really good, there are so many small, good bands from all over Australia playing lots of cool stuff. It’s cool to be a part of it," he said.

Shark, who this week more than any other is enjoying the success of her hard work, noted "it’s a different world" compared to the days when INXS or Silverchair were topping the charts. "It’s weird but there are so many devices these days, along with streaming and Instagram – people are in charge of their own fame now," she said.

"It's so cool, there are so many female artists that have their own character, their own style and sound. There's some really great Australian acts here, which is awesome."