Karen Gillan has starred in huge franchises like the MCU and Doctor Who, but that still doesn’t mean everyone knows who she is.

Maybe it’s because Marvel fans don’t know what she looks like without the Nebula make-up – “I’m not bald or blue” – but still, come on guys. At least it led to a seriously awkward story.

“There was one time when I was really, really tired and I was coming home from work shooting with all the prosthetics, and this guy was like, ‘Oh my God, I love you in X-Men’. I was like, ‘Thank you so much’,” Gillan explained.

“I just couldn’t deal with it. I was like, OK, I’m just going to say thanks and then scuttle away, but then I got caught in this conversation and then I got so deep into it, I was like I can’t tell him I’m lying now.

“So I didn’t know what to do, so I physically ran away and I’m sorry if he thinks Sophie Turner is a really weird person now.” 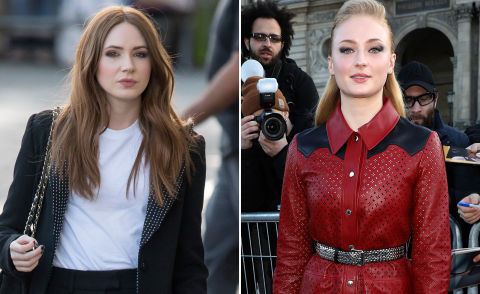 Well, Gillan had to find something else to talk about since the cast have promised not to give away any spoilers about Avengers: Infinity War.

You won’t find any spoilers in Digital Spy‘s review either.

Avengers: Infinity War is out now in the UK and will be released on April 27 in the US. Book tickets now.