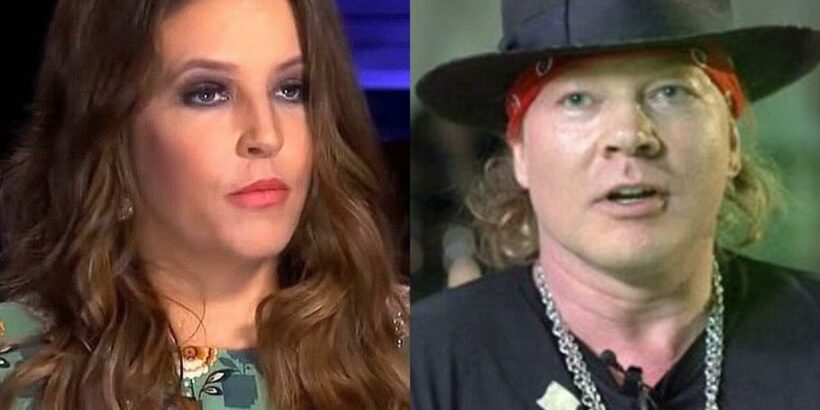 The Guns N’ Roses rocker reveals he performed one of the band’s classic hits at Lisa Marie’s celebration of life event because it was her personal song choice before she died.

AceShowbiz –Axl Rose felt unworthy to speak at Lisa Marie Presley‘s memorial service. The Guns N’ Roses rocker delivered a speech in front of mourners at his friend’s public celebration of life at Graceland in Memphis, Tennessee, on Sunday, January 22, 2023 and he admitted he was “pretty nervous and emotional” about getting up to speak about the late singer, who died earlier this month after suffering a cardiac arrest.

“I didn’t really know I was going to speak or anything. I still feel like I don’t know that I deserve to be here, but I wanted to try to do right by her and her family and her fans. So it meant a lot, but I was pretty nervous and emotional up there,” he said.

Axl also performed one of Lisa Marie’s favourite songs, his own band’s track “November Rain”, and he explained he was asked to do so because it was a request of the late star. He told Entertainment Tonight, “It was my understanding, she actually talked about if the situation … so that’s why I was asked to do it. Of course, I had to be here.”

During the service, the 60-year-old musician admitted he was still “in shock” about Lisa Marie’s death. He said, “I’m sure many of you are still in shock as I feel. I’ll continue to be for quite some time. I feel like I’m supposed to be texting her like right now saying, ‘I’m here,’ telling her how wonderful everyone is. I never in a million years imagined singing here, especially under these circumstances. This is truly devastating.”

The “Paradise City” hitmaker also spoke of how important it was for Lisa Marie to honour the legacy of her late father, Elvis Presley. He said, “I do know Lisa loved her family very much and was fiercely protective of her father and his legacy – both her love for him and his love for her.”

“She was extremely proud as anyone could ever be of her father and his many accomplishments, his place in music and American and world history… She was also very proud of the ‘Elvis‘ movie and how she felt it portrayed her father and the care that was put into the film by those involved.”