In the Nineties there was one boyband and one girl group who dominated the charts – the Backstreet Boys and the Spice Girls.

And while we never got a collaboration back in the day (still bitter about that, guys), the next best thing has now happened.

During a fan cruise on Tuesday (May 9), the Backstreet Boys – who are currently working on a new album – dressed up as the Spice Girls and it was everything a Nineties pop fan could have wanted.

Celebrating all of the girl power that’s kept us going for 25 years. #SpiceBoys #BSBCruise2018 ?: @shaggs

Celebrating all of the girl power that’s kept us going for 25 years. #SpiceBoys #BSBCruise2018 📸: @shaggs

While we’re not sure how the boys decide who would get to be which Spice Girl, we can’t argue with their choices. #Nostalgia.

Nick Carter donned a blonde pigtail wig, a pink dress and some massive platforms to transform into Baby Spice (Emma Bunton), while AJ McLean put on some leopard print to be Scary Spice (Melanie Brown aka Mel B). 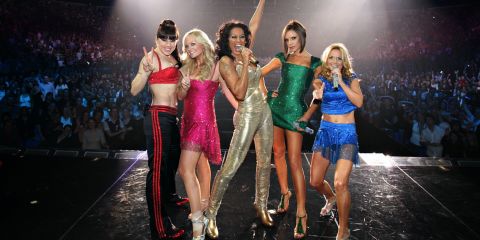 Sharing a pic from their performance on the group’s Instagram page, the boys wrote: “Celebrating all of the girl power that’s kept us going for 25 years.”

There’s also been plenty of great fan videos on social media, showing the boys performing Wannabe and Say You’ll Be There.