When Danzal Baker, the fast rising hip-hop artist from Arnhem Land who records and performs as the exuberant Baker Boy, first arrived in Melbourne to further his career he discovered many new things. There were new studio collaborators, exciting choreographers, and Italian restaurants in the city's inner-north.

"I'm an island boy and I'm used to spear fishing and going hunting, but some of those dishes are crazy," says Baker. "It doesn't affect my weight – I love dancing so much that I'm always burning food. I should call it the Baker Boy Diet." 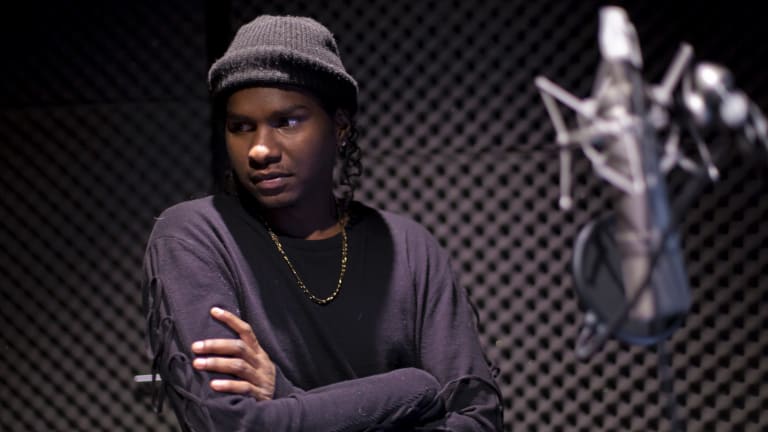 That's a snapshot of Baker's outlook: discover the best in different cultures, take pleasure in what you do, and keep working on broadening your profile. In 2017 it launched the 21-year-old's career nationally with a pair of breakthrough singles in Cloud 9 and Marryuna, which both cracked Triple J's Hottest 100 (at 76 and 17 respectively) and put him on the summer festival circuit and opening for 50 Cent.

"Life is too short, so do the most you can before you get old. I can't predict my future, but I treat every day like it's my last day on Earth, trying to do as much as I can," Baker says. "Stay positive, keep smiling, say hello to people – you never know, you could save someone's life by saying hello to them and making them smile."

"I'm a proud black Yolngu boy with the killer flow," is the detonating first line of Marryuna, and Baker raps in Yolngu Matha and English above propulsive beats punctuated by traditional Indigenous instrumentation. It has a joyousness of expression, and an optimism that is subversively political, all matched to Baker's energy levels.

"If I have a week off for the first day I'll be like, 'finally, a break', the second day I start getting bored, the third day I'll need to start doing something so I'll start checking who is in the studio recording or learning choreography," he says. "I can't sit still."

Born on Milingimbi Island, 440 kilometres east of Darwin, Baker has only been rapping for 18 months, having previously been part of the dance troupe Djuki Mala. He had to overcome teenage self-doubt about expressing himself, but his new single, Mr La Di Da Di, is a paean to community that reverberates with an artist constantly on the phone home updating young relatives who want to follow in his well thought out footsteps.

"I'm just going to go slowly and build my way up," Baker says. "I want to learn about the music scene and figure out what I'm missing and what tools I need."

For now recording sessions are alternating with a busy national touring schedule. Not for the first time this year, Baker Boy will be playing two shows on the same day for the Sydney leg. The effort is exhausting, but he has another Melbourne discovery to help him out.

"I just have a little coffee and I'm ready to go," Baker says with a laugh. "If I have one I'm like a little kid running around the stage."

Baker Boy plays the Northcote Social Club on May 19, 20 and 22; and two shows at the Lansdown Hotel, Chippendale, on June 9.