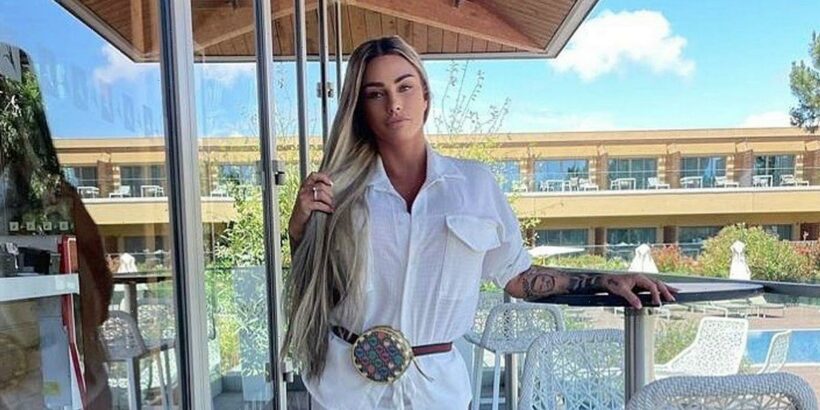 Despite being declared bankrupt, Katie Price is planning her sixth holiday in just six months.

But the mum-of-five may not get the chance to jet away, as she could be jailed on Friday (June 24).

She is due in court where she will be sentenced after pleading guilty to breaching a restraining order against her ex-husband Kieran Hayler's fiancee, Michelle Penticost.

Katie had been told by Judge Stephen Mooney at Lewes Crown Court that she was "at risk of going to prison".

On April 27, she pleaded not guilty to a single charge of breaching a restraining order and requested a crown court trial.

However, while entering a formal plea in May, she changed it to guilty.

Katie was then arrested by police on January 21 and spent 12 hours in a cell.

Going on holiday once a month will have helped to take her mind off her legal woes.

The reality star has enjoyed lavish trips to Belgium, The New Forest, Thailand and Portugal.

And a source has told The Sun that Katie is planning her next trip if she avoids jail.

They said: "Katie is desperately hoping she avoids jail time when she is sentenced on Friday and is trying to think positive.

"She is planning the holiday with the mindset that she will be a free woman, but the whole thing could be off is things don’t go her way."

The insider said that the holiday will be the "ultimate way to celebrate" if she avoids being sent to prison.

Partner Carl Woods will join her on her trip, with the source confirming that the pair are "in a great place" after a tricky few months and could be heading to Thailand as it's "special" to them.