Dame Barbara Windsor has thanked fans for their “lovely messages of support” in the wake of her Alzheimer’s diagnosis.

The sad news about the former EastEnders star was revealed last week by her husband Scott Mitchell, leading to a flood of messages from fans and friends.

The actress spoke herself on Loose Women today (May 17) as she left a message for panellist Jane Moore for her birthday.

“Hi Jane and all the Loose Women,” Dame Barbara said. “It’s Barbara Windsor here, and I just wanted to wish you a very happy birthday, Jane. And thank you so much for being a loyal and good friend, and for helping Scott share my recent news.

“I’d also like to say a big thank you to everyone for the lovely messages of support I’ve been receiving. It really means a lot to me, it really does. Have a great day, and have no fear as I still intend to carry on. And god bless everyone.”

Jane, who conducted the original Sun interview with Scott in which he revealed the actress’s diagnosis, then teared up as she praised him and thanked Dame Barbara. 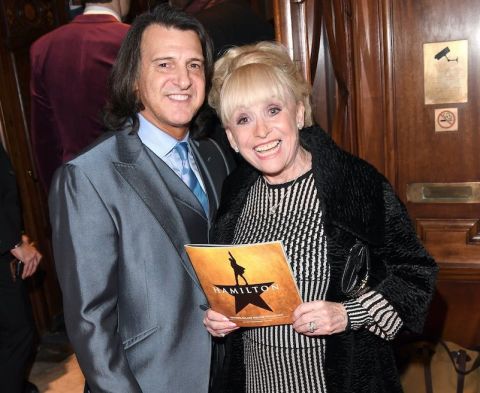 A number of the soap icon’s fellow stars have spoken out since the news came out, including Pam St Clement, Shane Richie and Ross Kemp.