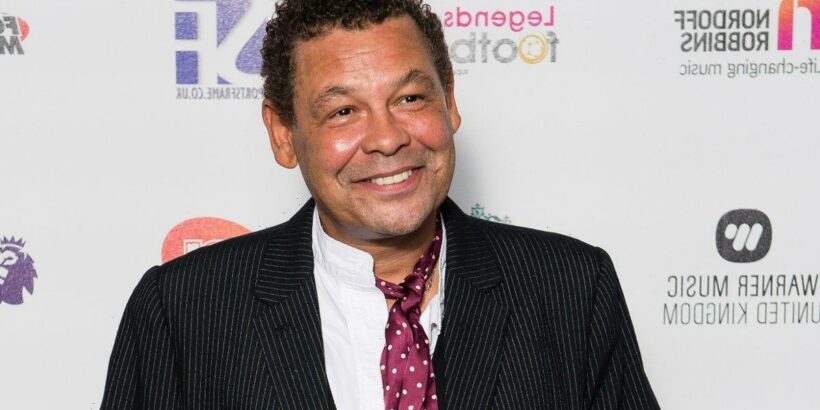 Craig Charles' House Party – which airs from 10pm until midnight on Saturdays – is coming to an end, as are Ana Matronic's Dance Devotion and Dr Rangan Chatterjee's show.

Meanwhile, Tony Blackburn's Golden Hour is moving to a new slot on Sunday nights between 7pm and 8pm.

And RuPaul's Drag Race legend Michelle Visage is joining the line-up with her own show on Friday nights, as well as returning with the second series of her BBC Sounds podcast, Michelle Visage's Rule Breakers.

Speaking of his Radio 2 exit, Craig said: "Every party must come to an end and although I’m packing up my Trunk of Funk on Radio 2, I’ve loved bringing the party to its funky listeners each Saturday night."

Michelle – who has well and truly cemented her space as a BBC staple – said: "I’m over the moon to be broadcasting my very own show to millions of listeners on Radio 2, where each Friday night I’ll be launching the listeners’ weekends in fabulous style with some of my all time favourite tracks that promise to get you in the best mood!

"And I’m back with a new series of my Rule Breakers for BBC Sounds – I'm so excited! Bring it all on!”

Other changes include Fearne Cotton's show Sounds of the 90s moving from 10pm until midnight on Fridays to the same slot on Saturdays.

The Rock Show with Johnnie Walker is moving to the Friday night late slot, between 11pm and midnight.

And Sounds of the 80s with Gary Davies is moving from Friday nights to Saturday, 8pm until 10pm.

The Good Groove with DJ Spoony – originally a four-part series in January – is getting a weekly show on Friday nights between 9pm and 11pm, in which Spoony will be bringing the dance music from the vaults to listeners.

DJ Spoony said: “I’m so excited to be launching my very own show on Radio 2 on Friday nights in July.

"Whether you’re having a great night in or getting ready for a brilliant night out, join me for the best dance and party tracks I can find as we make Friday night, party night!”

And Angela Griffin will host Radio 2 Unwinds on a Sunday night, taking listeners on a musical journey across the genres and generations to help them switch off as they say goodbye to the week.

She said: “I’m over the moon to be given my very own BBC Radio 2 programme.

"I loved presenting my series last year as I was already a huge fan of the station, so  I’m proud to be given my first proper weekly show.

"I’ll be bringing two hours of chilled out tunes curated by myself and the listeners, to help unwind and relax before the week ahead."

The changes come into effect from Friday, July 15.

Helen Thomas, Head of Radio 2 said: “I’m delighted to welcome Angela, DJ Spoony and Michelle to the Radio 2 family and looking forward to hearing their new weekly shows on Radio 2 from July.

"As ever, listeners can hear the shows they love any day and any time of their choice via BBC Sounds."

11pm–midnight: The Rock Show with Johnnie Walker, produced by Listen.

8pm–10pm: Sounds of the 80s with Gary Davies, produced by Listen.

10pm–midnight: Sounds of the 90s with Fearne Cotton, produced by Somethin’ Else.

10pm–midnight: Radio 2 Unwinds with Angela Griffin, produced by Somethin’ Else.