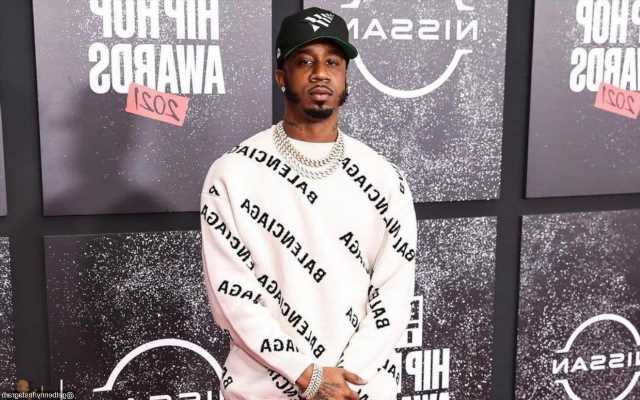 The ‘Trade It All’ rapper, who has mentioned his medical issues in his music and several interviews, shares a picture of himself in a hospital bed breathing through an oxygen mask.

AceShowbiz –Benny the Butcher has been forced to postpone his tour due to a medical emergency. Revealing that he’s hospitalized for a “non-COVID” related issue, the “Trade It All” rapper announced that his show at Detroit’s Saint Andrew’s Hall would be postponed.

The 36-year-old shared the announcement on his Instagram account on Wednesday, August 27. “Due to a non-COVID related medical emergency, tonight’s ‘Benny The Butcher’ show at Saint Andrew’s Hall will be postponed to a TBD date that is being worked on as we speak. Hang on to your tickets and we will notify all ticket holders of the new show date as soon as it is confirmed,” he wrote.

Benny, real name Jeremie Damon Pennick, also attached a picture of himself in a hospital bed. In the photo, the emcee was seen breathing through an oxygen mask and his body was hooked up to various machines.

Many have since taken to the comment section to send Benny well wishes. One in particular was Page Kennedy who wrote, “Get well homie. You’re a truck. Nothing stopping you. You built for this. You from Buffalo.” DJ Premier penned, “Strengthen Up Butcher! Love and Prayers To A Quick Bounce Back.” Lil’ Cease, meanwhile, sent out several praying hands emojis.

Offering more details about Benny’s condition was his representative. The spokesperson told Complex that he was hospitalized because of asthma, saying, “Every now and again, it requires medical attention.”

Benny has mentioned his medical issues in his music and several interviews, including one with Vice back in 2020. “First and foremost, we’re taking precautions with COVID-19 and everything that’s going on. Also, I got asthma, I’m keeping up with my asthma, I got my doctor on speed dial,” he told the outlet.

“It’s just learning new things, man. Staying hydrated. Trying to put the right things inside our body, because we’re smoking, drinking, putting other s**t in our body, so we gotta put some good s**t in there, too,” the hip-hop star continued sharing. “Looking out for each other, trying to stay healthy.”