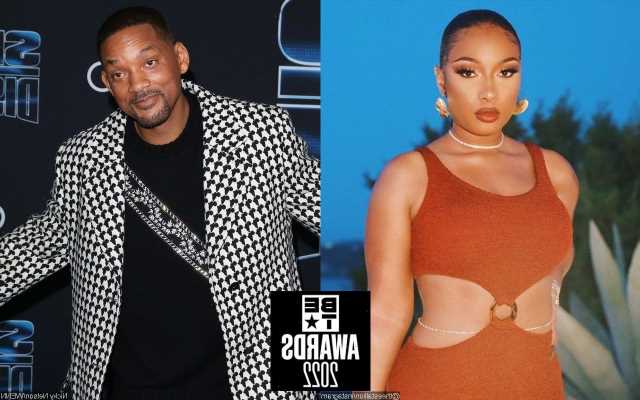 While the ‘Savage’ raptress is named Best Female Hip Hop Artist, the ‘King Richard’ actor and his film nab awards in movie categories despite his Oscars slap controversy.

AceShowbiz -The Black Entertainment Television network has finally unveiled the full winner list of its 22nd BET Awards. Taking place on Sunday, June 26 at the Microsoft Theater in Los Angeles, the event saw Megan Thee Stallion and Will Smith among the big winners.

The Hot Girl Summer was chosen as Best Female Hip Hop Artist, winning over other favorites, including Cardi B, Doja Cat, Latto (formerly Mulatto), Nicki Minaj and Saweetie. The male counterpart, meanwhile, went to Kendrick Lamar, who also bagged Video of the Year for his collaboration with Baby Keem, “Family Ties”.

Smith, meanwhile, was named Best Actor for his performance in “King Richard” despite his Oscars slap controversy. He defeated the likes of Damson Idris, Denzel Washington, Forest Whitaker and Sterling K. Brown for the prize, while the biopic was also chosen as Best Movie.

Leading in terms of number was Anderson .Paak, who won Best Group and Album of the Year for “An Evening with Silk Sonic” as part of R&B superduo Silk Sonic. While he shared those two awards with Bruno Mars, he won a third award for himself as Video Director of the Year.

Mary J. Blige grabbed BET Her, as Sean “P. Diddy” Combs was honored with Lifetime Achievement Award which was presented by Kanye West. Other winners included Zendaya Coleman as Best Actress (“Euphoria” and “Spider-Man: No Way Home“), Naomi Osaka as Sportswoman of the Year Award and Stephen Curry as Sportsman of the Year Award.

The 2022 BET Awards was hosted by Taraji P. Henson, marking the second year in a row she did the honor. Mariah Carey made a surprise appearance as she joined Latto during the latter’s performance of “Big Energy (Remix)”.