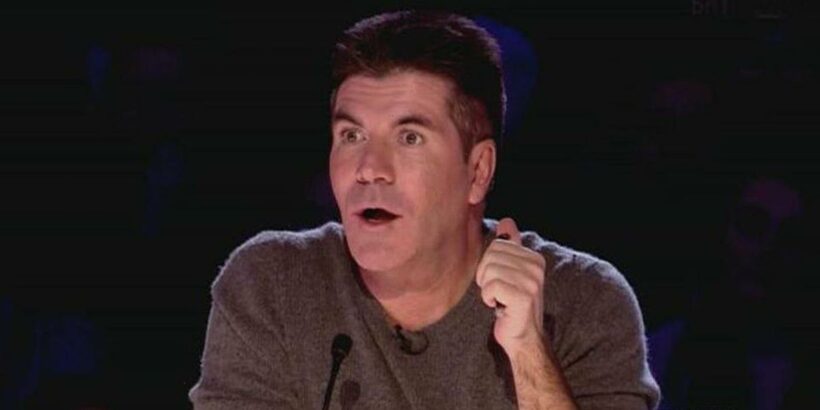 Britain's Got Talent judge Simon Cowell has revealed what he keeps under his desk – his nuts.

Instead, he said: "I have a bowl of nuts under the desk.

"Where I can, I have cut out the sugar and the dairy and the gluten from my diet.

"That has made a difference genuinely to my health. Plus before my accident, I went out on my bike a lot. I was doing about 10 or 11 miles a day."

On Saturday's (April 23) show, A Mary Poppins lookalike impresses the crowd by flying on stage.

But instead of singing family favourites such as Supercali-fragilisticexpialidocious, she shockingly raps about her "humps" and "little lumps".

Performer Mary P models herself on the nanny made famous in the 1964 Disney movie starring Julie Andrews.

At first, Cowell tells her: "I think I recognise you."

But fellow his judge, Amanda Holden, 51, adds: "She looks like the real deal."

However, the panel fear her performance has been ruined when the Black Eyed Pea's song My Humps starts to play.

Mary P even says: "This is the wrong song."

But as she raps along to the track, which has the lyrics "I’mma get, get, get, get you drunk. Get you love drunk off my hump", she is joined on stage by two hunky dancers dressed as chimney sweeps.

Meanwhile, the ITV talent scout programme came under fire last week after two acts received the golden buzzer and an automatic place in the final.

Fans fumed that Loren Allred, 32, and Axel Blake had already had careers in the spotlight before appearing on the show.

Loren Allred had previously recorded Never Enough for The Greatest Showman and Axel has his own Amazon Prime show.

Defending the two stars who faced stiff criticism from viewers last week, an ITV spokesperson said: "All contestants are auditioned on merit and judged on their performance on the day."

"Whilst some of the acts appearing on the show may have tasted a level of success, they are not household names."

Britain's Got Talent airs on Saturday at 8pm on ITV.