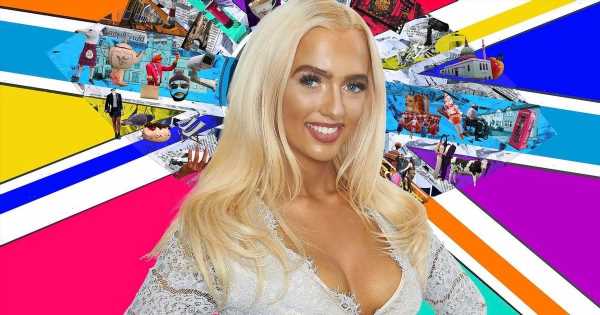 The star has settled down with her partner and welcomed two beautiful children into the world as well as setting up a business.

The TV star seems to have also taken to cosmetic surgery, making her look completely unrecognisable to to her fans.

Speaking on Instagram, the 26-year-old from Cheshire recently replied to a fan who suggested her “lips were pregnant” after observing they had inflated in size after some cosmetic work.

“It made me chuckle,” Isabelle replied.

One adoring fan replied: “That’s funny! I'm glad you can laugh at it, so long as you're happy.”

Even though some people love the look, others think that it is a bit too much.

One person said: “She has changed her complete look to being so natural to a Barbie doll!”

A second added: “I saw nothing wrong with how your lips were.

“Gorgeous looking young woman changing what didn’t need improving. As long as you’re doing it for you and it makes you happy, that’s what matters.”

When she starred on Big Brother she was just 21 years old, and at the time of entering the house, she was unemployed as she said she was "between jobs and wanted to have the summer of my life".

And she certainly did as she went on to win the show and nabbed herself £65,000.

She is now 26 years old with a family, a thriving business and has become an influencer on Instagram with more than 85,000 followers.

Isabelle will likely be remembered by many fans as describing herself as "tanorexic".

Her hair has also undergone a dramatic transformation since she starred on the iconic show which saw strangers live in a house together for weeks.

Now she sports her long blonde locks often in glamorous waves and has mentioned using hair extensions to get her bouncy look.

After she won the £65K Isabelle told Manchester Evening News at the time that she was going to use her winnings to open a tanning salon.

She told the publication at the time: "Winning Big Brother opens a lot of doors and what I do with it could be life-changing for sure.

"So I’m looking to open a women’s tanning salon, I’m going to embrace what I do best, and that’s tanning!"