The 2018 Billboard Music Awards saw a slew of music stars celebrated for their achievements this year, with Ed Sheeran and Bruno Mars among the biggest winners.

The awards ceremony, which took place in Las Vegas on Sunday (May 20), also saw BTS become the first Korean act to perform at the ceremony, showcasing their new single ‘Fake Love’.

It was a strong night for BTS, as they took home the award for Top Social Artist – but it was Ed Sheeran who was named Top Artist.

Chris Stapleton was the big winner for country music, picking up two awards, while Kendrick Lamar dominated the rap categories.

Janet Jackson received the Icon Award and also performed a mash-up of her greatest hits, marking her first TV appearance in nine years.

The show was hosted by Kelly Clarkson, with the singer also opening the show with a tribute to the victims of the mass shooting at Texas’s Santa Fe High School on Friday (May 18).

“I’m a Texas girl and my home state has had so much heartbreak over this past year. And once again, y’all, we’re grieving for more kids that have died for just no reason at all,” she said. 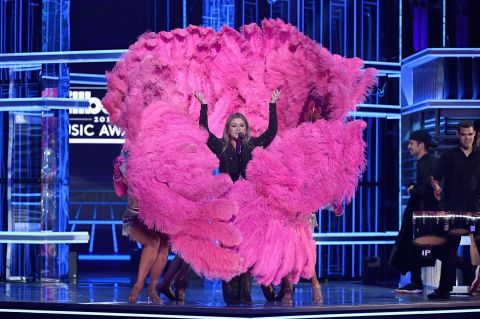 See the list of nominees and winners for the biggest awards of the night below (winners highlighted in bold):

The full list of winners can be seen at Billboard.