The ‘Stronger’ singer, who will be hosting the award-giving show, says she’s going to ‘bounce across the background like Where’s Waldo.’

AceShowbiz –
Kelly Clarkson plans to invade her favourite artists’ performances at the Billboard Music Awards and live out her childhood dreams.

The Stronger hitmaker is hosting the star-studded event in Las Vegas on Sunday night, May 20, and she can’t wait to see some of her idols grace the stage. 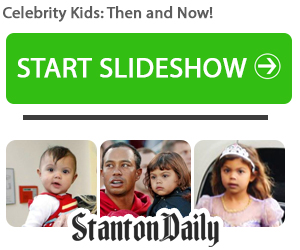 “J.Lo (Jennifer Lopez) is performing and Salt-N-Pepa and En Vogue – childhood dream coming true,” she gushes to Extra, before joking the iconic all-female rap group’s show might be disrupted by a crazy fan – herself.


“I am completely going to creep on them (Salt-N-Pepa) and end up onstage during (the group’s hit) Whatta Man,” Kelly laughs. “I’m just going to bounce across the background like (child puzzle book character) Where’s Waldo. I’m very excited about that!”

Kelly is doing her best to master her lines ahead of the ceremony to avoid nervously repeating the same word when the event becomes too much and she realises she’s surrounded by celebrities she has always looked up to.

“It will be entertaining somehow,” she smiles. “There should be a drinking game of how many times I say ‘like’ or ‘so’. America will be hammered!”

Meanwhile, Kelly has another childhood fantasy to play out during the ceremony – meeting Janet Jackson.

“If I agree to host this show, I definitely deserve to meet Janet Jackson. That’s my big goal,” she told USA Today on Thursday, May 16.

The Since U Been Gone hitmaker doesn’t care if she looks nuts on the night, admitting she is going to go all out to ensure everyone in the audience and at home has a good time with her antics at the prizegiving.

“I’m not afraid to look like an idiot,” she giggled.