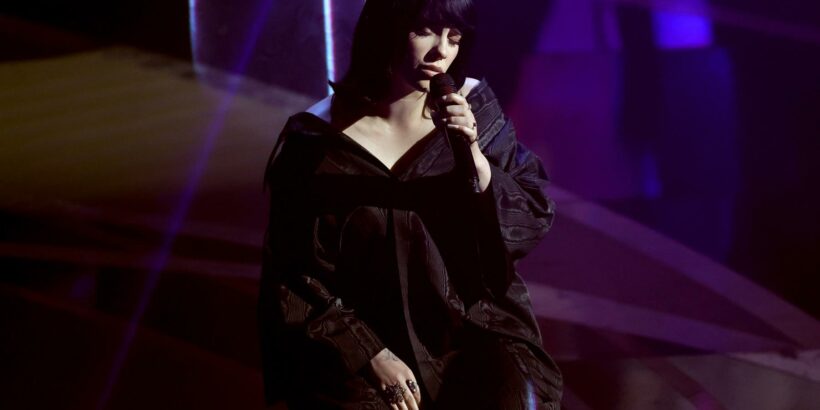 Earlier on Oscars night, Billie Eilish revealed that writing a song for the James Bond franchise had been a longtime dream for her and her brother, Finneas, who used to practice writing “Bond songs” just to see what they could come up with.

All of that practice paid off when the pair took to the stage to perform their 2020 song “No Time to Die” — a classic, string-laden noir ballad — which is nominated for Best Original Song alongside Beyoncé’s “Be Alive,” Sebastián Yatra’s “Dos Oruguitas,” Van Morrison’s “Down to Joy,” and Reba McEntire’s “Somehow You Do.”

“I should’ve known, I’d leave alone,” Eilish sang, her hair in a jet-black Sixties bob. “Just goes to show that the blood you bleed is just the blood you owe.”

Finneas’ piano lines wove around Eilish’s dazed falsetto. They may be the youngest composers to write a Bond song, but this performance was proof they knew what they were doing.