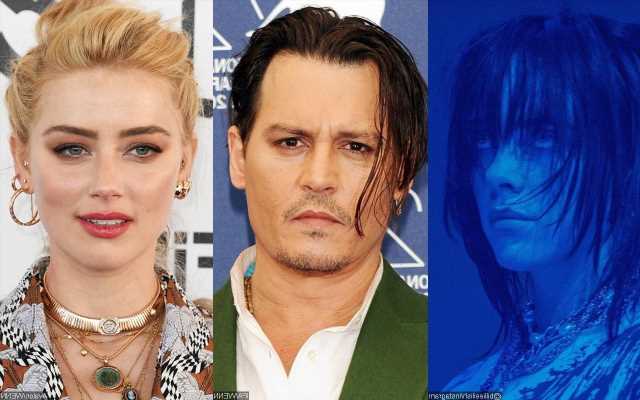 The ‘When the Party’s Over’ hitmaker debuts the unreleased slow ballad track during her live performance at Manchester’s AO Arena, noting that she ‘just wrote’ it.

AceShowbiz –Billie Eilish has reacted to Johnny Depp and Amber Heard‘s defamation trial through her music. The “When the Party’s Over” songstress referenced the televised trial in her new song titled “TV”.

During her concert at Manchester’s AO Arena, the 20-year-old singer/songwriter dropped a new song that referenced the Depp vs. Heard trial onstage. She and her brother FINNEAS debuted the unreleased track titled “TV”.

“We haven’t played a new song live before it’s out since 2017 or 2018,” Eilish said to the cheering crowd. “This is one we just wrote and we just wanted to play for you.”

Eilish then belted out the slow ballad, which also mentioned her recent breakup with Matthew Tyler Vorce, while FINNEAS, 24, strummed his guitar and harmonized the lyrics. The “Bad Guy” crooner sings, “What’s the point of anything/ All of my friends are missing again/ That’s what happens when you fall in love/ The internet’s gone wild watching movie stars on trial/ While they’re overturning Roe v. Wade.”

In 2018, Depp sued his ex-wife Heard for $50 million in a defamation lawsuit after she wrote a Washington Post op-ed proclaiming to be “a public figure representing domestic abuse,” despite not naming Depp in her essay. In response, the “Aquaman” actress filed a countersuit for $100 million, claiming that “Pirates of the Caribbean” star’s legal team “orchestrated a false and defamatory smear campaign” against her.

Depp was not present when the verdict was read in court. Though so, the “Charlie and the Chocolate Factory” star issued a statement he posted on social media. In it, he said that he believes the “best is yet to come” for him after the verdict.

“I am truly humbled,” Depp stated. “My decision to pursue this case, knowing very well the height of the legal hurdles that I would be facing and the inevitable, worldwide spectacle into my life, was only made after considerable thought. From the very beginning, the goal of bringing this case was to reveal the truth, regardless of the outcome.”

Following the verdict, Depp reportedly “very much” hoped to “revive” his acting career. “His career has been his everything over the years. He loves music, but acting is his life. He couldn’t sit around and do nothing about the fact that his career was being affected,” a source told PEOPLE, “He thinks the verdict was fair. It feels like a win to him. He very much hopes that he can revive his career.”

The source added that the actor is “happy” and “relieved” after the verdict. “He’s figuring out what he does next. He feels like he’s been vindicated,” the so-called insider explained, “He feels a significant weight off his shoulders. It’s been six years of this. It’s been so gratifying to hear from men and women, he’s heard a lot of positive support from both men and women.”

In the meantime, reports claimed that Heard, who insisted during her testimony at the trial that she “fought really hard” to save her role in “Aquaman and the Lost Kingdom“, could be completely removed from the DC movie.