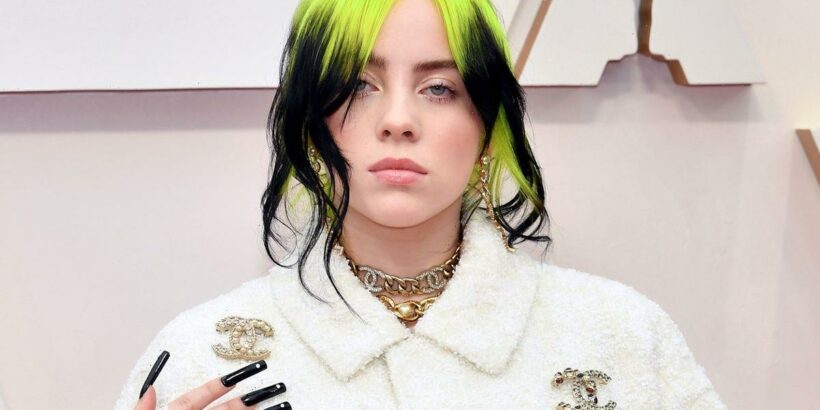 Billie Eilish known for her beautiful voice and soulful music which she writes and produces with her equally talented brother Finneas.

However, the pop star has shocked fans once again with her dramatic new hair transformation after she ditched the long locks for an edgy bob with a bowl-cut style fringe.

The 19-year-old singer debuted her new look to her 89 million followers via Instagram on Monday as she rocked the shorter length which she paired with her bleached blonde revamp.

The Bad Guy hitmaker soon sent fans wild when she shared her freshly chopped locks on her stories alongside the scissors emoji as she flaunted her new look after a full day rehearsing in the studio.

The American singer admitted that she “loves” her new look and couldn’t help but share the comparison to her new style and her mother’s hairstyle when she was in her teens.

Billie posted several throwback pics of her mother in her youth as she shared their similarities between the two hairstyles with the caption “like my mama” written atop of the sweet snap.

The star first decided to go blonde for the cover of her second album Happier Than Ever which dropped on July 30 after her overwhelming success in the UK and worldwide.

But unbeknownst to her passionate fans, the teen had been hiding her blonde locks for a number of months under a wig which matched her previously raven locks and striking neon green roots.

In April, the star addressed the rumours behind the concealment of her new look, to which she admitted “it took six weeks to accomplish” her now signature bleach blonde tresses.

In order to lessen the damage to her locks, the star covered her hair with a realistic wig as she let her hair recover between the several rounds of bleach she went through to lighten it from black to blonde.

And clearly it proved to be the best course of action, as Billie gushed about how thick and luscious her hair was after the treatment when a fan asked if it was damaged from the lengthy dying process.

She revealed: “Honestly so healthy and I wasn’t expecting that at all” with an accompanying snap of her lovely locks.

This comes as the star makes an effort to ditch her classic baggy hoodies for her more mature look which she flaunted in her first cover of British Vogue as she donned a striking blush pink lingerie set.