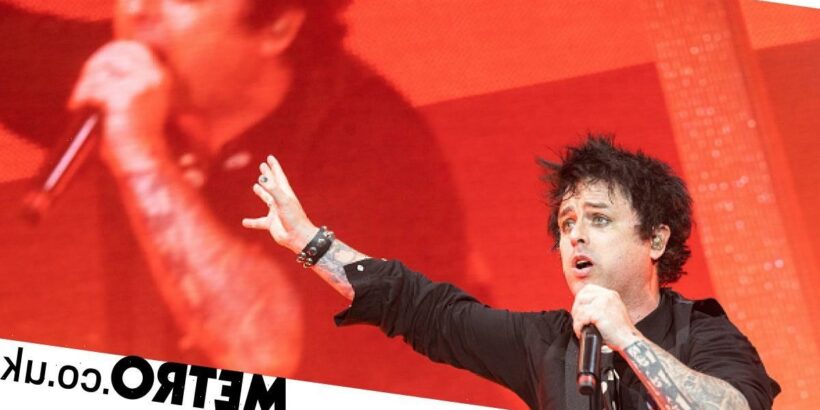 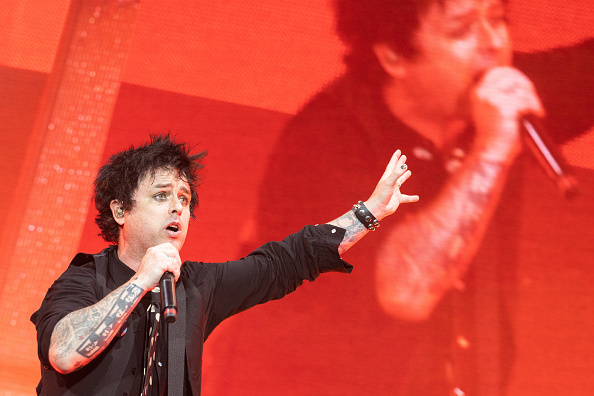 This week, it was announced that the Supreme Court in America had decided to overturn the Roe vs Wade decision from 50 years ago, putting an end to guaranteed abortion rights.

Numerous people and celebrities have spoken out in horror against the ruling, including Viola Davis, Billie Eilish, Michelle Obama and Lizzo.

During his concert on Friday in London, Armstrong proclaimed ‘F*** America’ and told the crowd he was going to move to the UK.

‘There’s just too much f***ing stupid in the world to go back to that miserable f***ing excuse for a country.’

He added: ‘Oh, I’m not kidding, you’re going to get a lot of me in the coming days.’

This isn’t the first time the Basket Case singer has used his concerts and platform to protest and proclaim his political views.

He has previously called out former US President Donald Trump for ‘holding half the country hostage’ and has created a whole album, American Idiot, criticizing another former president, George W. Bush, and the Iraq War.

Armstrong follows various other celebrities who have spoken out about the ruling, with many using their Glastonbury sets to criticise the overturning.

Yesterday, Olivia Rodrigo, who was joined on stage with a surprise appearance by Lily Allen, expressed hatred towards the Supreme Court overturning Roe vs Wade, dedicating Allen’s song F*** You to the Supreme Court Justices.

The Drivers Licence singer shared: ‘I’m devastated and terrified and so many women and so many girls are going to die because of this.

‘I wanted to dedicate this next song to the five members of the Supreme Court who have showed us that at the end of the day, they truly don’t give a s**t about freedom.

‘This song goes out to the Justices.’

The pair then went on to sing Lily’s song F*** You, and had the crowd bopping on their feet as the duo expressed their hatred for the Supreme Court Justices.