Billy Strings hasn’t allowed the pandemic to completely quash his live game. The guitar prodigy has been consistently playing concerts — some virtual, some socially distanced or drive-in — since July. On Wednesday, Strings announced his latest show, a two-hour, crowdless livestream from Nashville’s Ryman Auditorium.

Set for Sunday, October 25th, the concert will consist of one long uninterrupted set, in contrast to the two or three-set shows Strings recently performed on his Meet Me at the Drive In Tour. Tickets for the Ryman livestream go on sale Friday, priced at $24.99. A Spotify presale launches Wednesday at noon/CT for $19.99. 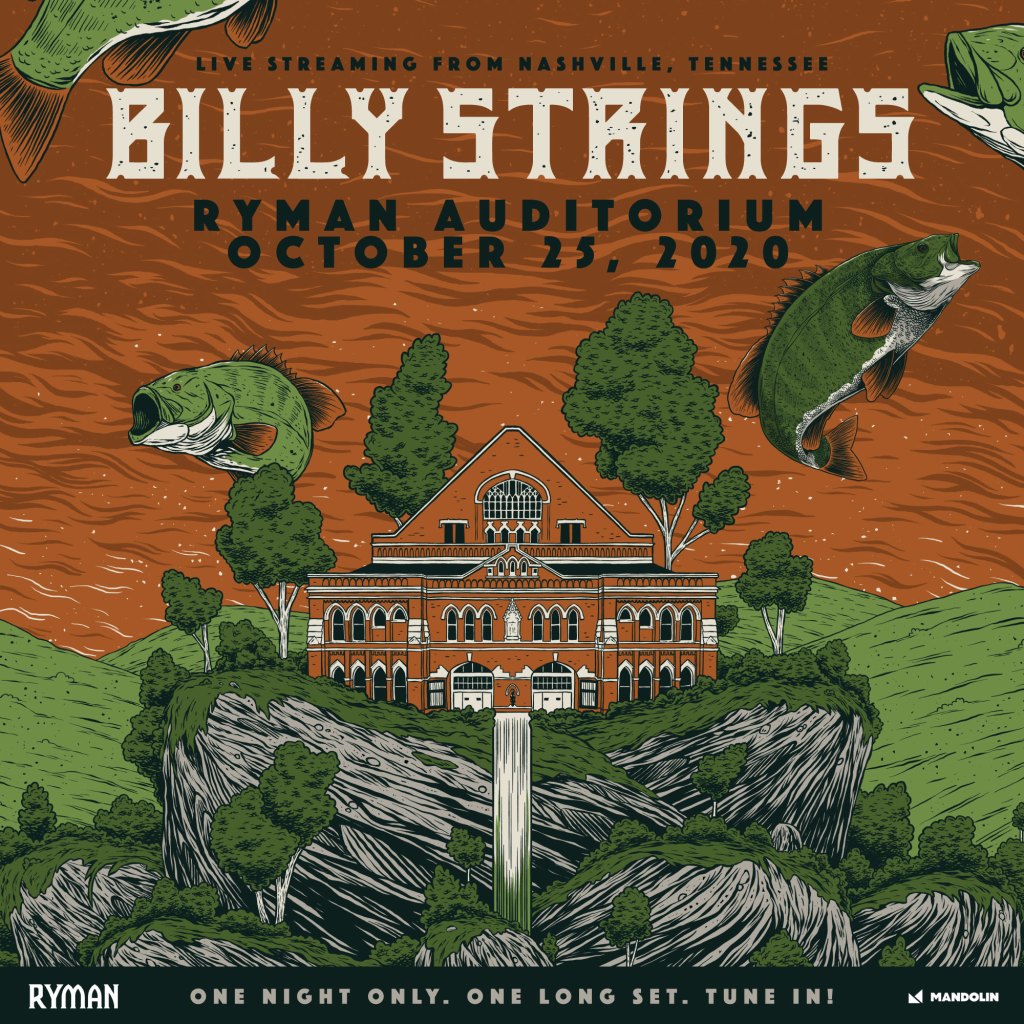 In August, the 28-year-old released a train-hopping video for his song “Watch It Fall,” a cautionary tale of societal collapse. The track originally appeared on Strings’ album Home, released in September 2019. Strings marked the record’s one-year anniversary with a multi-set livestream from Colorado’s Red Rocks Amphitheatre last month.

Strings’ lightning-fast playing and incisive bluegrass songwriting has resonated not only with fans of the genre but throughout the Nashville community. Earlier this month, he posted a photo of himself in a writing session with Luke Combs, and he talks shop with Chris Shiflett on the latest edition of the Foo Fighters guitarist’s Walking the Floor country-music podcast.