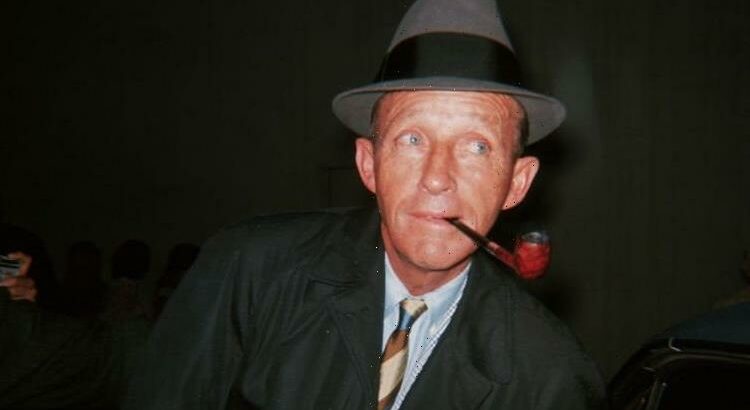 Bing was known as the tuxedo-wearing, martini-swilling Hollywood icon who was always down to have a good time. The actor was the star of more than 30 feature films, and also released more than 100 albums. He was reportedly worth more than $50 million when he was alive. And the star was not shy about his views, even once opening up about smoking cannabis.

As revealed in the 2002 biography Bing Crosby: A Pocketful of Dreams, the American star secretly indulged in smoking cannabis throughout his life.

Bing’s eldest song, Gary Crosby, also commented on the star’s “little smile” every time it came up in conversation. He commented: “If you looked at the way he sang and the way he walked and talked, you could make a pretty good case for somebody who was loaded.”

He even added that Bing encouraged him to smoke cannabis over anything else.

Gary continued: “[My father] said to me one time when he was really mad, ranting and raving about my heavy drinking, he said: ‘Oh, that f*****g booze. It killed your mother, [actress Dixie Lee]. Why don’t you just smoke s**t?'”

Gary, Bing’s eldest son, added: “That was all he said, but there were other times when marijuana was mentioned and he’d get a smile on his face. He’d kind of think about it and there’d be that little smile.”

During an interview with Barbara Walters in 1977 Bing once again vouched for the drug while talking about his children.

WATCH THE INTERVIEW IN FULL ABOVE

Bing revealed he would never talk to his children again if they lived with a romantic partner they were not married to. He defended this view by saying: “I was raised Catholic.”

Walters followed up by asking how he would feel if his children smoked cannabis.He responded: “I don’t think that’s any big sin. Unless they abused it and got on it continuously.”

The White Christmas star then added: “I think it should be legalised.”

Crosby backed up his idea by adding: “I think it would probably do away with a lot of this smuggling and gangster business. I don’t suppose smoking marijuana hurts any worse than being an alcoholic, does it? Probably not as much.”

The author of Bing’s biography, film critic Gary Giddins, noted that Crosby’s obsession with the drug came after working with a certain star.

Giddins said Crosby was brought onto cannabis by jazz musician Louis Armstrong. He wrote: “Louis’s influence on Bing extended to his love of marijuana, which he alternately called mezz… gage, pot or muggles. Bing didn’t develop the lifelong appetite for it that Louis did, but he enjoyed it in the early days – it was legal.”