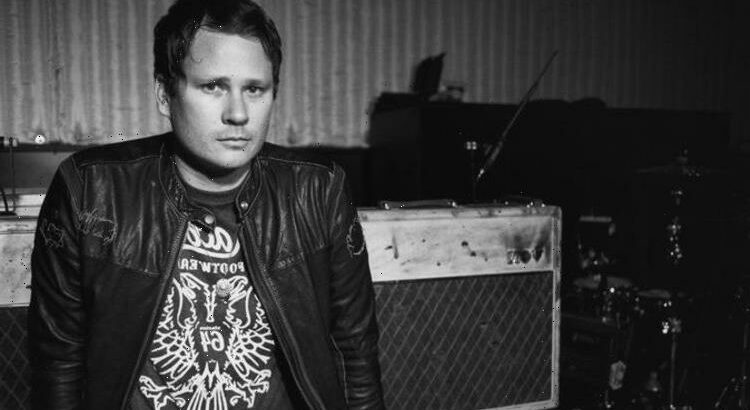 Blink-182 fans will forever fondly remember the band’s best-known line-up. While Mark Hoppus and Travis Barker are still pillars of the band, they have since enlisted Matt Skiba as the band’s new guitarist and singer. Before the Alkaline Trio star joined, however, DeLonge was the star of the show. DeLonge and Hoppus spent their youth together and first started writing songs in 1992. But it is the band’s first-ever track that has left DeLonge full of regret.

Hoppus and DeLonge wrote their first song in August 1992 titled Carousel. After spending some time with the bass player, DeLonge noted: “Instantly, I felt like we had the same musical style; he just had it on a different instrument than me.” The track was recorded for their third demo, which was later known as Buddha. Carousel was later re-recorded for their first album, Cheshire Cat, which was released in 1995. While it was never released as a single, it has become one of the band’s best-known songs. In 2015 Consequence of Sound’s ranked Carousel as Blink-182’s fifth-best song of all time.

DeLonge still spoke fondly of Carousel before he quit the band, but would have changed some things about it.

DeLonge explained: “It’s a love-hate thing. To me, it was a philosophical kind of question: How did we have one of our first songs – if not our first – how do you feel not a part of it? I always feel I wish I wrote better lyrics, yet at the time it was so different for pop-punk. It was, like, so fast.”

The lyrics of Carousel are legendary, but they are certainly simple. The first verse croons: “I talk to you every now and then / I never felt so alone again / I stop to think at a wishing well / My thoughts send me on a carousel / Here I am standing on my own / Not a motion from the telephone / I know not a reason why / Solitude’s a reason to die.”

Despite feeling some shame over Carousel, he explained how things had changed with the track.

DeLonge added: “How we play it now so many different years and so many people like it or whatever.” He later revealed he felt “very connected” to music from the band’s albums Enema of the State and Take Off Your Pants and Jacket. The singer recalled: “Specifically before the [2003’s self-titled] smiley face album, I feel very connected to it in the full punk-rock kid way. Those feel the most like me for some reason. Even though my favourite stuff to play and the stuff I like the most is our latest stuff from smiley face on to Neighborhoods and whatever, the most of my DNA is in those songs, if that makes sense. The rest of the songs are me just trying to be something I’m not.”

The origin of the song’s lyrics could have something to do with DeLonge’s connection to them.

Carousel’s lyrics were written by DeLonge while he was reminiscing about his life in high school, but he didn’t spend a lot of time there. The star was reportedly expelled from school for “attending a basketball game while drunk”. On attending school, he later recalled: “I knew exactly how hard I had to work in school. As long as I got that C [grade], I wouldn’t try one minute extra to get a B. I just cared about skateboarding and music.”

While at school he started dating a girl named Anne Hoppus.

Anne introduced DeLonge to Mark, starting the legendary band’s origins. After high school DeLonge got a job in construction, working with concrete and piping. He remembered: “I hated, hated, hated my job. You know those people who hate their job? That was me.”

Once Blink-182 got signed, he quit his job the same day.