All rise for the bride and groom, as Blue singer Simon Webbe and his fiancé Ayshen Kemal have tied the knot.

Simon’s bandmates also got down on it, with Duncan James, Lee Ryan and Antony Costa all attending the ceremony at the Corinthia Hotel London, and performing a medley of Blue’s greatest hits for the wedding guests.

“This is the best day of my life – and Ayshen looks more beautiful than I have ever seen her before,” Simon told HELLO!. 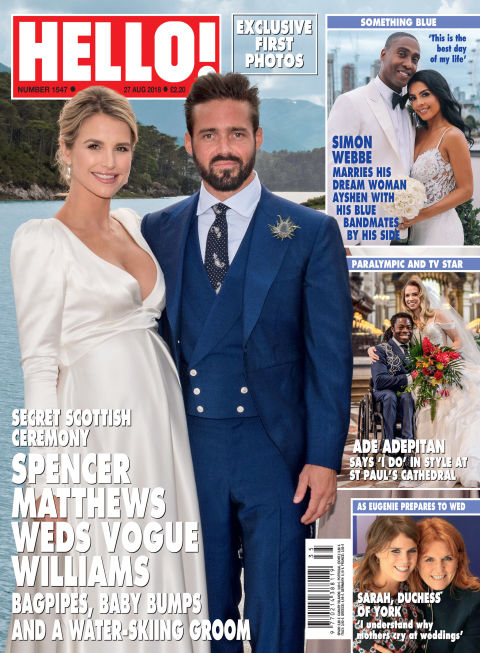 Ayshen added: “I’m so happy. I can’t believe we’re married. I don’t think I’ll ever get tired of calling him my husband.”

“I actually welled up a bit during the ceremony,” Lee said, while Duncan added: “There was just an overwhelming sense of love.

“I find it really emotional to see Simon so happy because obviously I’ve known him for a long, long time and we’ve been like brothers. And he’s the first one to actually get married. 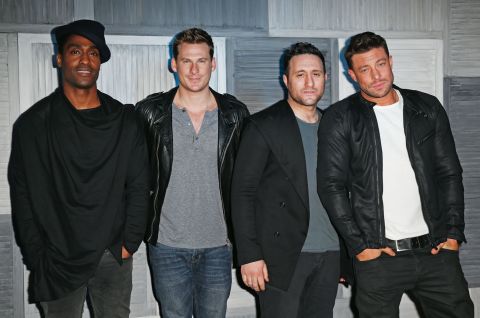 Duncan continued: “He’s just so happy with Ayshen – it’s a different level of happiness. He just knew. He said to us: ‘She’s the one.’ And that was it.”

For more photos from the wedding, head to HELLO! or pick up a copy of HELLO! magazine – on sale now.