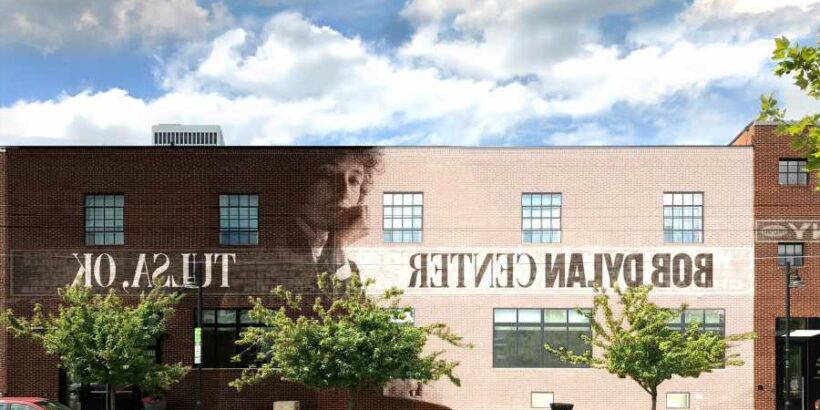 The Bob Dylan Center in Tulsa, Oklahoma — a museum dedicated to artifacts from the singer’s massive archive — is now open to the public.

The announcement of the Bob Dylan Center comes five years after the secret Bob Dylan Archive first arrived at Tulsa’s Center for American Research at the Gilcrease Museum.

The archive — purchased by the George Kaiser Family Foundation — features over 100,000 items, including handwritten lyrics, never-before-seen concert performances and live footage, rare photographs, and unreleased recordings; one of those recordings, the earliest-known version of “Don’t Think Twice, It’s All Right” that Dylan recorded at his friends’ apartment in the autumn of 1962, was available to download courtesy of the Bob Dylan Center.

Clinton Heylin Wrote Eight Bob Dylan Books. Then He Realized He Needed to Start All Over

Bob Dylan's Artwork to Be Exhibited for the First Time in U.S.

100 Best Sitcoms of All Time

Among the exhibits at the Bob Dylan Center are an ever-evolving curated display of items from the archives, a multimedia timeline that tracks Dylan’s life and career from his Minnesota youth to the present day, a Columbia Records Gallery that gives an in-depth look at his legendary LPs, and a screening room showcasing Dylan-related scripted films, documentaries, concert performances, and never-before-seen material.

In 2017, Rolling Stone sifted through 15 boxes of the truckloads of items sent to the then-secret archives, with just those boxes revealing a treasure trove of material for Dylan fans.

“I would like to see the Dylan center be an active, lively magnet for Dylan fans and music fans from all over the world,” Ken Levit, Executive Director of the Kaiser Family Foundation, told Rolling Stone at the time. “I’d like this to be an active place of scholarship and I hope it infuses our community with more artists and songwriters and helps it be a gift that keeps on giving.”