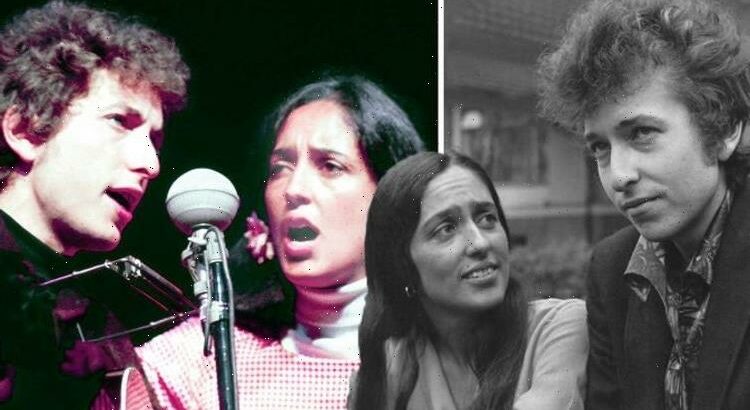 Bob Dylan performs on Late Night with David Letterman in 2015

Bob Dylan and Joan Baez would seem to be a match made in heaven. Both folk musicians with a keen eye on the political, it was a surprise their relationship did not last as long as one might have thought. But did Bob and Joan ever get married during their 1960s romance?

Bob Dylan and Joan Baez did not marry but were believed to have been in a relationship for some time.

The pair met in 1961 and collaborated for years before their relationship had blossomed into romance over the following years.

In Joan Baez How Sweet the Sound, he spoke of how he felt when he first heard her sing.

Bob said: “She had a very unusual way of playing the guitar, I never heard anybody do it like Joany did.

READ MORE:  Eurovision: The 5 big names you forgot did Eurovision 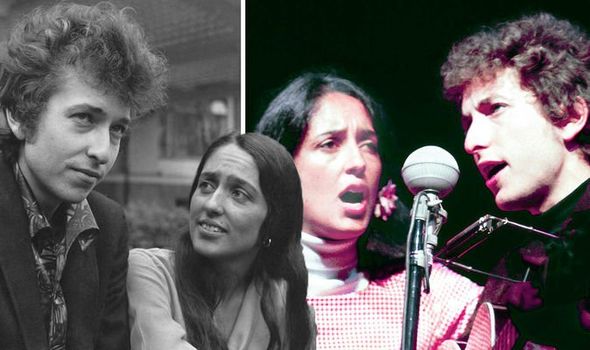 “And I tried to practise it but I couldn’t get that style down.

“She had that heart-stopping soprano voice, I just couldn’t get it out of my mind…

“And her range of songs was very unusual for that time.

“Just a combination of all the things she did which were put together, it seemed like in a miraculous way.” 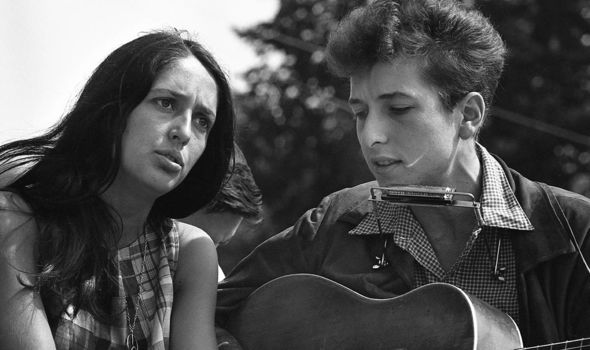 Joan felt similarly about Bob, saying he brought something to her which had been ‘missing’ for a long time.

She said: “When Dylan and his music entered my life, maybe I didn’t know I’d been looking for music, but I was certainly aware that something was missing, particularly when I heard what it was.

“I thought, ‘Oh my god, this is the link between me and the world and music and politics and all of it.’

“I heard that music and that made it clear that was the direction to go.” 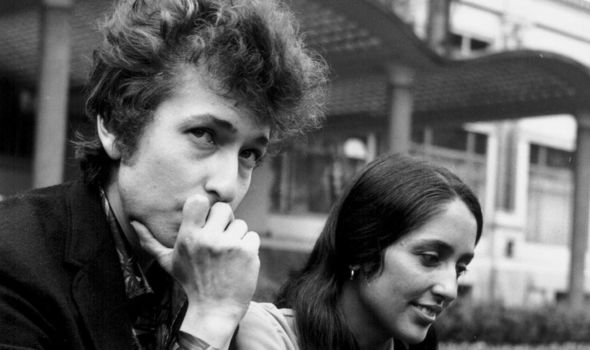 However, Joan admitted she felt a ‘mothering’ instinct for Bob initially, rather than a romantic one, and was slightly starstruck by the ‘legend’ he had become, despite him being only young in his career.

She added: “Dylan and I… he was taken with me and my music as I was with his.

“I was crazy about him. We were an item and we were having wonderful fun.”

However, it did not last long, and by Bob’s UK tour in 1965, however, it is said to have fizzled out somewhat, though the pair still collaborated for years after. 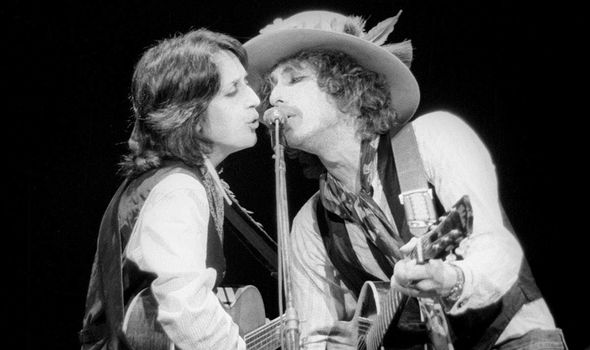 Bob said: “I always liked singing and playing with her, I thought our voices blended really well.

“We could sing just about anything and it would make sense, to me it always sounded good and it might have sounded good to her too.

“…She asked me if I wanted to play some shows with her, just like that.

“I was just trying to deal with the madness which had become my career and unfortunately she got swept along and I felt very bad about it. I was sorry to see that relationship end.”

Bob rarely speaks about their relationship, making this apology a surprising admission from him.

However, Joan admitted she may have also added to their break up, saying: “I was trying to shove him into a mould.”

One of the songs Bob mentioned particularly enjoying was Diamonds and Rust, which he said ‘still impresses me’ even years later.

One of the lyrics to the song is believed to reference Bob, saying: “Well, you burst on the scene already a legend / the unwashed phenomenon, the original vagabond…”

Despite the clear reference to Bob, who Joan called ‘scruffy’ in the documentary about her, she later explained in her memoir about how she told Bob the song was about her ex-husband, David Harris.