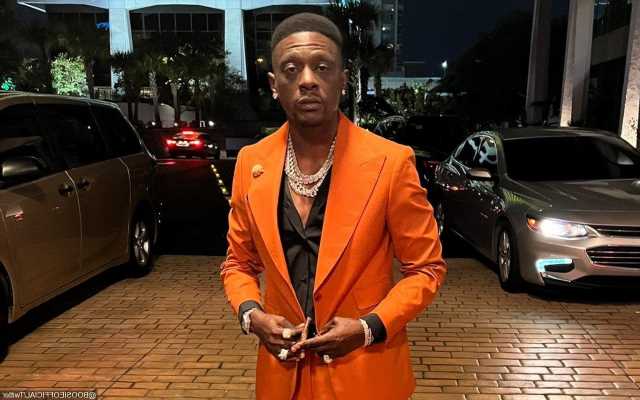 While making his plea to the hip-hop couple, the Baton Rouge emcee also previews the track in a clip that shows him jamming to a smooth RnB-tinged beat and repeatedly singing, ‘Dance with me.’

AceShowbiz -Boosie Badazz (Lil Boosie) has a special request for Sean “P. Diddy” Combs and Yung Miami. Revealing that he has a new song named after them, the Baton Rouge rapper publicly asked the pair to star in its music video.

The 40-year-old made the plea through a video shared on Instagram. “Diddy, I need you to hit me up, bro. I can’t find your number in my new phone,” he said. “I got this record named ‘Diddy & Caresha,’ and I need y’all to shoot the video for it. I’m not in the video at all.”

“I just need y’all to shoot some s**t on a yacht or whatever, y’all lifestyle. I’ma send a camera crew, and I’ma give you 20 percent of the record,” the emcee, born Torence Ivy Hatch, further detailed. “I know you about your business. I thought about it, and y’all gotta shoot this muthaf**ka. Get at me, man.”

Boosie also previewed the track in a follow-up clip. In the footage, he could be seen jamming to a smooth R&B-tinged beat and repeatedly singing, “Dance with me.”

In the caption, the “Wipe Me Down” spitter wrote, “Call me N I HAD 2 diddy numbers n my phone n some how pleasure P was under one of em lol I’m not crazy.”

Things between Diddy and Miami remain strong although he recently welcomed a new child with a different woman. The hip-hop couple even marked the New Year on board a 278ft superyacht called Victorious on a cruise around the Caribbean island Saint Barthelemy.

“Happy New Year! Love,” the Bad Boy Records founder captioned a slideshow of images of the couple getting close. The City Girls star, in the meantime, uploaded her own set of images of the two and penned, “Another 365 days around the world with you! Happy New Year!” She added a second post saying, “I (don’t care) if we (are) on the run baby (as) long as I’m next to you.”